What’s it about: Egypt is in mourning. Pharaoh, the great God-King, is dead. The future of the Two Kingdoms of Egypt is shrouded in uncertainty as the Council of Priests debates the claim to the throne of Pharaoh's only heir. Out in the deserts around Thebes, Egypt's capital, a warlord chief is assembling an army of mercenaries, waiting for just the right moment to strike at Egypt's heart. But not all of Egypt's enemies are outside the city. What is the secret of the strange box discovered in the desert? When the TARDIS arrives nearby, it has apparently been hi-jacked... by the Doctor?

English Gentleman: He steps from the TARDIS boards a chariot and rescues Pharaoh in the first few minutes, this is a story that wants to put the Doctor in the best possible light. The unexpected is something he is very familiar with and you should avoid sparring in word games with him. Described as a dangerous enemy. For saving Erimem he is honoured and has a lavish banquet thrown for him. The first episode ends with him being stabbed by a poison stained knife to which his Time Lord metabolism cannot counter at first. Whilst he is unconscious his mind goes for a wander and he makes contact with the alien telepathic force. It is very odd for the Doctor to vanish for an entire episode but it not only allows Peri the chance to chine but also strongly resembles the old Hartnell Historicals where one of the regulars would take a weeks holiday. When he returns he steps into the Egyptian political arena with considerable verve; facing up to Horemshep, defending Antranak and speaking for Erimem. In a moment dripping with religious connotations the Doctor uses science to control the Sun. The creature wants the Doctor’s mind and the planets and places contained within. Unlike some of his younger, older incarnations the Doctor is not willing to push the correct course of history and he gives Erimem the choice to become Pharaoh. He’s willing to take her on board and let her learn from her travels.

American Attitude: At the beginning of the story Peri is being shown around the TARDIS so this must quite close to the beginning of her travels. She is apologetic when she smashes vases after vase over a bandits head. Howard was always cross that she didn’t share his interest in history. Like all women (and most men these days) she takes ages to get ready but emerges to the banquet with Egyptian fashion and eye make up. Her mum worshipped Paul McCartney. 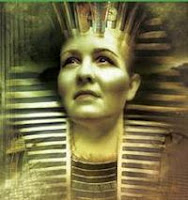 She boggles at the topless dancers and wants to punch the men that are letching on her. Putting her botany to good use she wants to brew an antitoxin for the Doctor’s poison but realises Egypt’s arid desert is not the best place to find herbs! Poisoning the Doctor allows Peri to take charge and Nicola Bryant is awesome; producing a smart, sassy and spunky Peri that is a joy to listen to. This is how good she could have been on the telly! She gives Antranak a mouthful for not doing his job properly. She is asked if she is the Doctor’s wife, concubine or slave and her response is that she finds the sexual politics prehistoric. Weird to think that an American student would explain the idea of democracy to an Egyptian Pharaoh. She criticises Margaret Thatcher but praises Ghandi (good girl!). In a crisis she can keep her head and think intelligently (covering the scorpions). I love the twist that suddenly sees her as the villain of the piece, suddenly every question she asks is insidious and devious. She is revealed as the host of the mind creature and Nicola Bryant puts on a silky British accent that nails the role. Cheeky Peri has the Egyptians build a statue of Elvis in the safe knowledge that Napoleon’s troops will destroy it.

Dusky Babe: Initially scared and distrustful of the Doctor. She is yet to be crowned Pharaoh but is aware of her public duties. Erimem has a nasty temper when her friends are threatened (‘Throw him to the crocodiles!’). Her father had over 60 wives in the temple of concubines before he died. The Royal line is supposed to remain pure and she was to marry her brother before he was killed. She doesn’t consider herself a God because she is so afraid. Scolded by her father for not being regal enough and feels as though she has a heavy burden. Erimem enjoys walking through the market like a normal person. The Doctor tells her stories of the Daleks and Cybermen and she is bewitched by them. She has always been sure that she will never be Pharaoh. During the battle sequences she proves her mettle by wielding a bow and battle sphere and is willing to fight for her people. She proves herself as perfect companion material throughout but really comes into her own at the climax where she unblinkingly questions the creature until it has a nervous breakdown! She brings her cat on board the TARDIS with her. Nicola Bryant and Caroline Morris have terrific chemistry so it will be very interesting to see where they can take this relationship. 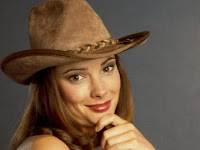 Great Ideas: There is a lake in the TARDIS where the library should be! I just love the idea of the Doctor and Peri stepping from the TARDIS into ancient Egypt – its such a dazzling period of history and it would have been great to have seen this visualised. The very idea that the Doctor does not recognise the Pharaoh Erimem leaves a huge question mark over her fate in the story, heightening the tension. Eunuchs and harems, scarabs and scorpions, politics and poison, McLaughlin explores his setting in some detail. There are lots of lovely visual touches that you could never afford to visualise on screen that marks this out as an ambitious story; attacking scorpions, an encampment of thousands of troops, breathless battle scenes. Another claim to the throne, Fayum, is he the son of a living God? A prison ship crashed and a prisoner of pure mental energy was released and has been jumping from person to person, stealing their memories and maintaining control. It needs the mind of others to keep on living.

Standout Performance: The award should probably go to Harry Myers who growls his way through the entire script menacingly as the bandit and killer Yanis but this story belongs to Caroline Morris who burst into Doctor Who as the brave and ruthless Erimem. She has the potential to be the most interesting companion since Leela, as she is going to be in for some dramatic culture shock and there is something extremely engaging about her sisterly relationship with Peri. The regulars both deserve a mention to simply because they are both fantastic.

Sparkling Dialogue: ‘Death to Erimem!’
‘Is it your duty to murder innocent women?’
‘No one leaves the house of death alive…’
‘She truly was a God.’

Audio Landscape: This is the fourth story in a row to be directed by Gary Russell so I think he is long deserving of a mention for the excellent work he has been doing recently. There would come a point later in Big Finish’s run where you can see how tired Russell has become with the audio medium and he can barely inject any life into some horrendous scripts but that is a long way away yet. The last four stories have seen Russell at his height creating worlds as vivid as prehistoric Earth, vampire ridden casinos, screaming planets and now ancient Egypt. The atmosphere he brews in Eye of the Scorpion is nothing short of masterful and when I wasn’t gripped by the wonderful script I was happy to soak up the local treats. The story opens with desert winds blowing and sand storms brewing and a horde of hungry scorpions attacking. The TARDIS sounds completely authentic to its era from the console room hum to the materialisation and that weird noise the console makes when it is out of control. We are soon enjoying a chariot chase with horses trotting and neighing and experiencing the crowds of Thebes. The House of Death is revealed to be a flame lit dungeon from which horrific screams of torture travel. I love the fly bugging device, both the buzzing insect and the watery insect voices that Yanis experiences on his scanner. The Harem weep piteously for Varella. Flames crackle in the wind. Horemshep, Yanis and Fayum all talk with the alien mind. Scenes of battle and murder impress. The hideous angry cats of the Sphinx. I love the crescendo of schizophrenia at the climax, it really is a smashing finale.

Music: Another exquisite score with everything from bombastic battle music, foot tapping party scenes (love those drums!) and the menacing chords that play over scenes of possession.

Standout Moment: There were a couple of scenes that I thought deserved a mention this time. The scorpion attack is just remarkable, the critters screeching and biting at each other, climbing on each others backs to reach Peri and Erimem on the altar. Peri ripping down the tapestry to cover them is quick thinking and they escape over the writhing fabric. Episode three becomes a political drama with a long sequence that sees Antranak accused of murder, Erimem accused of being a fake Pharaoh and Fayum pushed into the limelight. The climax of the story is bloody brilliant, an audio triumph of great ideas and bold execution. The personalities of the creature bleed out of Peri with spectacular fireworks.

(A small mention for the beautifully evocative cover – they are getting better and better…no more photoshops!)

Result: History brought to life at its finest in a rip roaring tale that sees Peri take centre stage, the Doctor dazzle in politics and introduces a fascinating new companion. Debut writer Iain McLaughlin brings a fresh approach to his storytelling and injects action adventure, history, politics and horror into his script and Gary Russell brings it to life with his usual skill. We finally see the advantages of writing Peri as an upbeat character and Nicola Bryant grabs the chance to bring some warmth and wit to the character and she genuinely impresses. Whilst I usually complain about alien influences intruding on historical stories I feel this is one tale that is enhance by its science fiction elements and the two combine to make a potent brew. An impressive piece, all the more delightful because it was so unexpected: 9/10 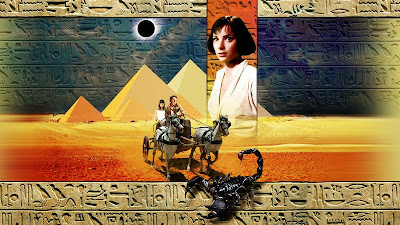 erimem is top notch! i picked up 2 of 5/peri/ermimem adventures with a main range subscription, and i couldn't get enough . i had to go back and find out how it all started.