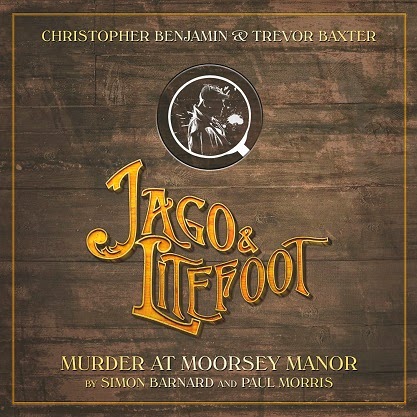 What's it about: Jago and Litefoot visit Moorsey Manor, hoping to get help from the only man who can help them clear their names. They arrive at a gathering of Sherlock Holmes fans, who are mourning the death of their idol at Reichenbach Falls. Then death arrives at Moorsey Manor, in the most ingenious of ways…

Theatrical Fellow: Because they are still on the run, Jago & Litefoot are posing as Professor Potter and Dr Lithgow. Jago is trying to play the upper class toff but cannot quite disguise his theatrical roots. Not so much a follower of fashion but fashion follows him (although Litefoot isn't sure a lime green top with spots is the in thing). How can he claim to be an admirer of the Great Detective himself with a mind as woolly as his. He's not the bravest of men himself even at the best of times.

Posh Professor: The joy of Jago & Litefoot knowing each other in this situation is that they are privy to the other characters pointing the finger at the other half of their partnership and stepping in to defend them. Not haughty, just a little buttoned up! 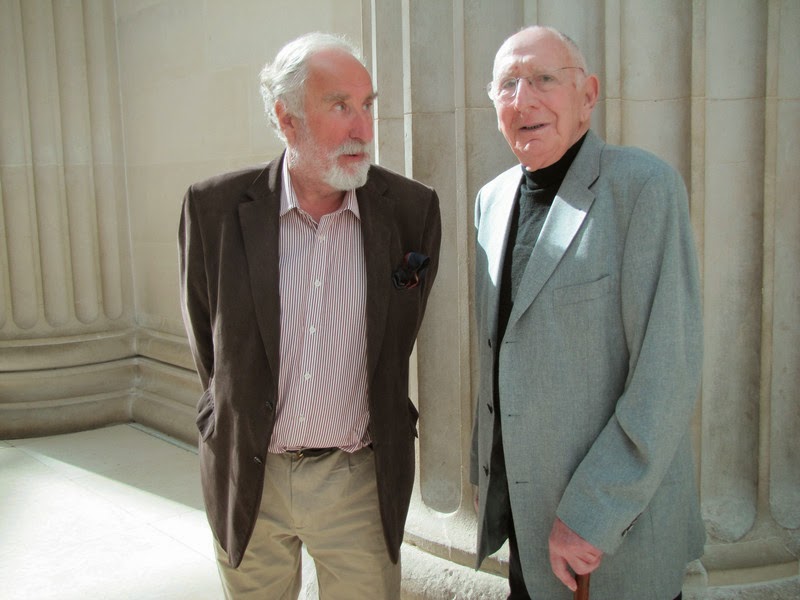 Great Ideas: Poor Jago is playing along with the subterfuge and pretending he was very close to the man that everybody is mourning at Moorsey Manor, not realising that it is a year to the date that Sherlock Holmes passed away. This is like a real game of Cluedo playing out, a group of strangers coming together with ridiculous names (there is even somebody called Peacock), murders in ingenious ways and a mystery to solve. It's a piss take on cosplaying fan clubs, all the Sherlock Holmes aficionados wearing Holmesian garb to show their respect and allegiance to the character. Jago makes the facetious comment that as soon as fans come together in costume suddenly they think they can call on some authentic acting skills. Costumes don't maketh a character (look at Colin Baker, they can practically destroy one). Everybody is here because they received a personal invitation from Moriarty, the club secretary. Rooms that seem to be moving, turning the Manor into something of a labyrinth to lose yourself in. The idea of somebody dying every hour is not a new one (it isn't even a new one to Big Finish who mastered the notion in the blackly funny The Chimes of Midnight) but it is a great way of building up tension and keeping the audience on tenterhooks. The Major is the first to go (his cards were up as soon as he was isolated from the rest of the group), going up in flames like a Roman candle. I've heard of some phobias in my time but can you imagine being afraid of dying at a particular hour? Wide awake every night, paranoid as the hour approaches, lying in a cold sweat and wondering if you will make it past the dreaded time. A phobia that strikes every 24 hours, that has got to chip away at your psychological defences. No wonder Florence is a little overemotional. She meets her maker at the receiving end of spikes, sticking up like razor sharp teeth at the bottom of a trap door. Nasty. We're approaching Saw territory here. A house of complex mechanisms that moves around at will, the rooms shifting to create a maze that is impossible to escape unless you can figure out the configuration (try saying that ten times fast). What is it about the Victorian era that keeps returning to the idea of clockwork and mechanisms. Is it something to do with that very romantic idea of steam punk, complex mechanical devices that fire up the imagination? There was a catastrophic debacle that came with the unveiling of the little chattering Jubilee clock in 1887, setting off a minor diplomatic incident. What should have been the pinnacle of Edward Merridew's career turned to calamity due to a miscalculation of its internal tensions, the clock exploded shortly after being switched on. The force catapulted a variety of its workings into the astonished royal party. It doesn't take a massive leap to figure that the house with its complex workings and mechanisms belongs to Merridew. An idea for revenge a clockwork house, put into use after his death (his voice nothing more than a jack in the box, a wax cylinder recording), The maid is Edwina Merridew, the daughter of the late designer. The villainess of the piece declares the circumstances that brought Jago & Litefoot to the Manor (to find a man who might be able to exonerate them from the charges of attempting to assassinate the Queen) so outrageously preposterous that it might almost be true. She's just a fabulous and has a great line in melodramatic exclamations ('I want my daddy - now!'). 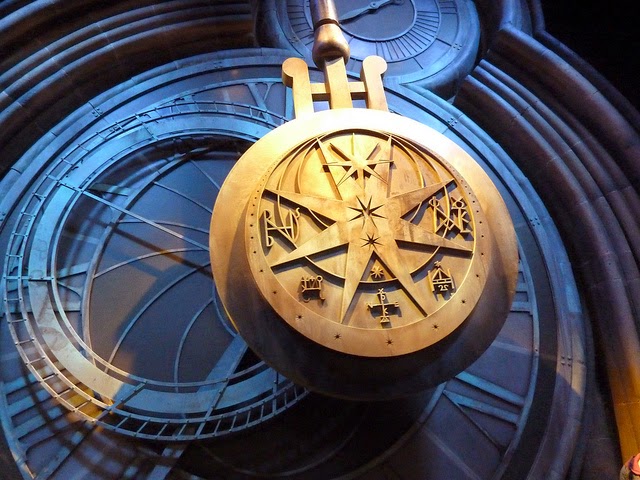 Audio Landscape: The click clack of a horse and carriage, a collection of ticking clocks, doors bolting, roaring flames behind closed doors, the complex mechanisms of the house grinding gears like the innards of a clock, steam vomiting furiously, smashing glass, the pendulum swinging.

Musical Cues: The music is appropriately playful throughout, practically skipping through every scene with glee as we hop from one blackly funny death to another. Howard Carter really has emerged as one of Big Finish's finest musicians, you can tell he has read through every script that he is given to score and writes his music to fit the tone that he has drawn from the words on the page. Not that I'm saying that the others don't manage that too (Jamie Robertson is also highly adept) but for me he seems to gauge the atmosphere of a piece better than most and truly enhance the story with his soundtracks. Remember The Emerald Tiger? Or the outstanding work he did when Jago & Litefoot skipped to the 60s? Check out the glorious music at the climax as Edwina chases our heroes through the house, the wrapping up of the plot being accompanied by the ticking of a clock. It's quite inspired and it gave my goosebumps.

Standout Scene: I can't believe they went ahead with the idea of steaming somebody to death on audio. It is a great shock and quite grisly, leaving plenty to your imagination.

Result: 'Stoke up the flickering funeral pyre and gird your heavy hearts to mourn, for one among you will expire until the crack of dawn...' Part Cluedo, part And Then There Were None, The Murder at Moorsey Manor proudly wears it's influences on its sleeve and stirs up a love letter to the mystery genre like none other for Jago & Litefoot. A collection of well drawn but slightly over the top characters, chilling but bizarre murders, a claustrophobic setting and Jago & Litefoot at their most improvisational, this is a delightful listen. Given their previous input there are some writers from Big Finish's oeuvre that seem as though they would be a perfect fit for Jago & Litefoot. The playful tone and labyrinthine storytelling of The Scarifyers from the pen of Paul Barnard and Simon Morris is only a few steps removed from Jago & Litefoot and as predicted they bring a wonderfully comic and yet delectably macabre edge to the range, producing a very Chimes of Midnight style adventure with all the humour and horror that comes with the pastiche At about the half way mark Jago deduces that 'maybe the house itself is possessed...imagine, its very fabric infused with fiendish forces!' since the writers know that the audience have very possibly come to the same conclusion about this stories roots. As the characters drop off and the truth of the matter dawns on the survivors, it becomes an engaging race against time to solve the puzzle and try and escape with their skins. I like to pretend that I am a sophisticated listener and that the multi layered characterisation of The Night of a 1000 Stars is where my passion lies but whilst the experimental style of the previous story did appeal to me greatly, it is with cracking good yarns like this that my loyalty firmly remains. I mean that in no way to denigrate Murder at Moorsey Manor, it was so enjoyable that it fly by and left a smile planted firmly on my face. It's a Jago & Litefoot standalone that I shall add to me 're-listen when grumpy' list, a delightful murder mystery tale that keeps on giving and fully deserves high marks for its ingenuity and mischievousness: 9/10

If you need your ex-girlfriend or ex-boyfriend to come crawling back to you on their knees (even if they're dating somebody else now) you need to watch this video
right away...

(VIDEO) Have your ex CRAWLING back to you...?