The Last Adventure: The Red House written by Alan Barnes and directed by Nicholas Briggs 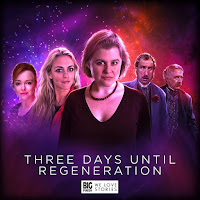 What's it about: The Doctor and Charlotte Pollard arrive on a world that is populated by werewolves...

Softer Six: Listen to how Colin Baker adjusts his performance in this story, despite the seriousness of the situation it is a more light-hearted adventure and he tip toes through the tale like a colourful pixie who is enjoying every second of it. The Doctor mentioned Beau Brumell in The Twin Dilemma but he confirms their friendship in this story. The Doctor hanging out with the King of the Dandy's - sounds about right! He's a wily old devil, staging his reveal of the watch to make it appear as if he is trying to hypnotise the werewolves when in fact he's after a shaft daylight to reflect back at them. You've got to keep your eye on this one. He flatters himself that he is a little more quick witted than the average policeman. Charley declares him a blithering blundering meddling idiot. Yeah, sometimes. Just saving two lives is never going to be enough for the Doctor, even if it is the only option.

Edwardian Adventuress: Will wonders never cease? I genuinely thought we had seen the end of Charley Pollard after her brief flirtation with her own series. I most certainly never expected to enjoy another adventure with her and Sixie. It was an engaging partnership during a time when the main range was being re-invigorated by the team of Briggs and Barnes and the trilogy format was about to slot into place. Charley had skipped from the eighth Doctor adventures with all that knowledge of his future and she could not share any of her wisdom with the sixth Doctor. Her mystery had to remain an identity to him. Not since Turlough climbed aboard the TARDIS and tried to kill him has there been a companion as sneaky and elusive as this and it made for a really interesting dynamic. What made matters worse was that we always knew this was going to be a short term arrangement. There was never going to be a long string of stories for this pair because there was only so many ways that the mystery that lingers between them could be maintained. Which was a crying shame because the chemistry between Colin Baker and India Fisher was sublime. I never thought any other companion would capture the same magic with Sixie that Maggie Stables' Evelyn did but this was just as strong but in a hugely different way. They sparked off each other beautifully. And should this be the last time that Charley ever appears in a Big Finish adventure (and let's be honest she has had an incredible number of tales) then I'm pleased it is Alan Barnes that is writing it. He charted her progress from her very first appearance in the main range to the last. I think he understands her character better than anyone. Charley trips up as soon as she leaves the TARDIS, mentioning Vortisaurs. When she describes the houses as 'hoverly' she is definitely showing her class. He states her occupation as 'Edwardian adventuress' but states it should be Georgian really (but it conjures up the wrong image that she is going for). Fiery and feisty as ever, Charley lets rip when it appears her humanity is going be extracted. Charley is an experienced enough time traveller to know when are offered a god deal to escape and if that means only two people can be saved then so be it. I like this practical, slightly cold side to her that emerge in the tail end of her time in the main range.

Standout Performance: A story where most of the characters are lupine requires an awful lot of salt gargling to keep the throat fresh after all that growling. Jayston's reaction to Fisher's melodrama made me laugh out loud. Jayston is relishing his role in this story and the Valeyard develops a great rapport with Charley. Both hiding themselves from the Doctor. But he's given plenty of things to say and do here and he plays the silky menace to the hilt.

Great Ideas: A curfew bell at dawn? What happens in the day to ensure that the people only come out at night? A planet of werewolves of course. This is precisely the sort of fairytale adventure I would expect Charlotte Pollard to wind up in (she is very much Alice through the looking glass) - a place where fairytales tip on their axis and the 'monsters' in the storybooks become the people. It's a precarious situation where the Doctor and Charley are in danger of being gnawed on by friend or foe alike. On this planet wolves become like people in the daylight, a trippy subversion of the usual werewolf myth and a nicely played moment. The Red House is a police station manned by werewolves. It's so often the norm in these stories for the humans to be attempting to suppress their wolf-like nature but Barnes continues the subversion, on this world it is the wolf that is embraced and humanity that is outlawed. Except for a rebellious faction that want to choose for themselves to experience humanity. It was 200 years ago when the colony ship touched down on the mainland bringing the people of Earth to this world. The planet was ripe for colonisation, Earth-like and verdant but it wasn't uninhabited. Packs of predatory dog-like creatures roamed its plains. Savage, cannibalistic beasts that the colonist set about exterminating. The dogs bit back and passed on a virus catalysed by moonlight - lycanthrope. How would the colonist cope with their own kind infected with a virus that turns them into werewolves every eight days? They were dumped on an island far away from the mainland, something of a leper colony. With each successive generation the wolverine side took more of a hold. When the population realised what had happened on the island, extermination leapt back to the top of the agenda. Paignton was tasked with attempting to restore the population on the island, to try and isolate the wolf element and exterminate it. Hopefully that would leave them with a perfectly normal, human population. Oh how very naive. The Doctor is right, nuclear annihilation is a very human response. 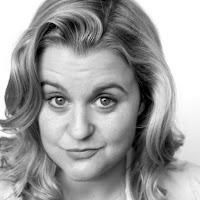 Audio Landscape: Village bell ringing, screaming in the distance, ferocious branches snagging on the Doctor's coat, night sounds in the forest, a laboratory, screams of pain, crackling fire, a werewolf transformation, doors being bashed in.

Musical Cues: It's time for a Charlotte Pollard hunt and the Carter unleashes the drums as the werewolves pursue her through the forest.

Isn't it Odd: Urgo's super hip 60s themed dialogue gets a little tiresome after a while. Although it is worth it to hear Colin Baker say 'Run like the wind, man!'

Standout Scene: It hadn't even occurred to be that Valeyard would know both the sixth and eighth Doctor's history and precisely where Charlotte Pollard fits into both of their lives. I got chills when he spelt out precisely who she was and the secret she was keeping from her current travelling companion. Oh my, this was such a fantastic run of stories for Sixie and Charley laced with a really exciting arc. I miss those days of the main range so much and this just reminds me why.

Result: I seem to spend so much time lamenting Barnes' contributions lately and forget that he has delivered sterling work time and again across various ranges. There is no finer writer of Charley Pollard, for example, and for her to return his presence in this set is a must. The Red House is a much lighter affair than The End of the Line but if I'm honest things could hardly have gotten darker without losing the spirit of Doctor Who. Gothic horror might be a default setting for the series but it is constantly evoked because it works so well and here we have a sinister fairytale unfolding complete with slavering werewolves, mad scientists and a brutal regime to bring down. It's another excellently devised and memorable setting that Barnes gives a robust backstory for (even if that is delivered in a massive gulp of exposition). Beyond the sixth Doctor/Charley combination which always works a treat, what really impressed was the subversions made to the usual werewolf tales. They are the victims in this piece and in every way humanity is treated as the enemy, whether that is the colonists on the mainland or the beating heart inside the lupine population. The presence of the Valeyard is very welcome and he is given material that is far more suited to Jayston's icy cold delivery than either He Jests at Scars (just writing that brings me out in hives) and The Trial of the Valeyard. He was often the moustache twirling villain in Trial of a Time Lord but he works so much better as a sinister background presence, slowly pulling together the threads of his Masterplan (as yet unknown). The story races towards an exciting climax and the plot (unlike the first story in the set) remain pleasantly self contained. Barnes has written a pacy, enjoyable tale and I expect it is the most standalone of the set. I really wish the sixth Doctor was still travelling with Charley: 7/10

I have to say I loved this one, for all the reasons you stress, particularly Charley and the Valeyard. What I especially admired in this story was just how much of the setting we got to see and understand, it's typical Barns in the little touches like the "skin hydes" comment from the police and the teen wolve's discussion about parties and changes. I also liked the fact that it was a totally self contained story, and yet one where no character felt wasted even down to the sergeant and constable.

I initially felt the ending was a bit of a rush to finish, especially The Doctor and Charley dashing off, however a good story with a rushed ending is preferable3 to the reverse which has happened all too often in Who on occasion.
My only niggle with this one is that the plot setup for the hole arc felt a little clumsy. The Doctor's "oh well I forgot about the tardis key" and the Valeyard pretty much saying "Well now I have my mcguffin of doon!" then again sinse the Mcguffin played such an awesome part in the next story I shouldn't really complain :D.

Did you know you can create short links with LinkShrink and get money from every visit to your short links.