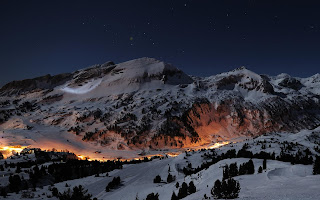 What’s it about? When a teleportation accident goes badly wrong, Nyssa finds herself stranded on the freezing slopes of the Swiss Alps in 1963. But is it mere coincidence that she finds shelter in a snowbound school haunted by a malevolent poltergeist? When the Doctor arrives, Nyssa and the other inhabitants of the school soon discover that the ghost is merely part of a darker, deeper and more deadly game involving rogue psi talents and something else... Something not of this Earth.

English Gentleman: Peter Davison has not given a poor performance yet but his last story did not afford him opportunities to impress so Winter for the Adept redresses the balance somewhat. He gets the best arrival I can remember for an age, materialising in the middle of a poltergeist manifestation causing Ms Tremayne to declare him ‘An Agent of Satan!’ He seems to have a lust for adventure in story, a gleam in his eye to investigate these spooky goings on and get to the bottom of it. Nyssa admits he is far from a boring companion and that when you spend time with him it is relative. Peter Davison has matured into the role really well; when he used to snap and curse his companions on his TV season he came across as a petulant youth rather than a old man trapped in a younger mans body but this stories shows he now has the gravity and seriousness to really command a situation. He is impatient and angry in this story, never over the top but often intense enough to demand my attention. Very impressive.

Child of Traken: Nyssa’s landed in snow again! It’s a bit of a mixed bag with Nyssa. Sarah Sutton attacks the lines as they are written but makes Nyssa a little too irritable and unlikable when the Doctor arrives. She reminds me of Tegan in a few spots, with a sarcastic tone to her voice that makes me want to give her a push and tell her to cheer up. On the plus side she gets a very strong showing in episode one, practically owning the episode to herself, proving a lot of people wrong in thinking she could not hold up a story herself. She feels the cold and is not bad on skis. A nice nod to her Traken roots when she calls a church a primitive place of worship. She is not superstitious (that was highlighted in Land of the Dead) and does not believe in poltergeists despite evidence to the contrary. Described as a harlot to the Doctor’s stranger and a whore of Babylon! Nice use is used of her telepathic abilities again. I just wished the director had asked her to tone down her prickliness, yes it would annoying to be dumped in the middle of a snowstorm but lets not have Nyssa turn into a Tegan clone please. It’s so much nicer when the bitching is to a minimum. She insults and compliments the TARDIS. 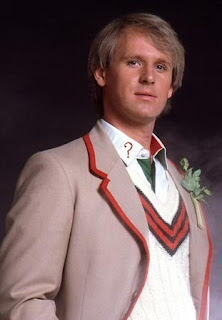 Great Ideas: Winter for the Adept is one of those stories that is spilling (haha) with ideas and most of them work very well. Andrew Cartmel is good at conjouring up some unforgettable images in your mind and includes some evocative descriptions of the Academy. There is a helicopter crash later in the story the image of it burning on the mountainside is gorgeous. Just simple lines like ‘Brandy by candlelight, it’s not so bad’ suggest warm and comfort.
Cartmel is not averse to using some horror clichés and the attacking mirror and piano make for some great scenes. He talks of imprints in the chapel made violent death, gifts of the Adept, ghosts being haunted and creates an eerie atmosphere.
I was initially unconvinced by the psychic ‘daisy chain’ with Harding causing a smell that triggers Alison’s which knocks Peril’s telepathic ability into action but the idea that they have been manipulated into this situation by the Spillagers gives it some credence. The Spillagers themselves are a nice idea, creatures from another dimension who will reduce humanity to a stain on the abattoir floor if their invasion is successful.
Plus I adore the idea of a ghost turning up at a séance with an upper class accent and hanging around for a chat. Priceless.

Standout Performance: I thought it would be India Fisher as she clearly caught the producer’s eye enough for her to be cast as Charley Pollard but her character was extremely underused so she didn’t really have a chance to shine. My favourite performance in Winter for the Adept was Sally Faulkner as Miss Tremayne, a convincingly psychotic Scottish spinster with a few odd ideas about dealing with perverts and purifying evil spirits. Faulkner imbues the character with a terrifying sense of order and efficiency and manages to bring melodrama (and a good laugh) to every scene she is in. ‘I felt Satan smiling in the flames!’ You have to love it when Tremayne is almost unconscious with delirium and finds out the Peril has been sleeping with Peter…’I have to protect my girls!’

Sparkling Dialogue: ‘Thou shalt not suffer a witch to live.
‘Do a job badly enough and nobody will ask you to do it again!’

Audio Landscape: This is the sort of story where it is vital to get the atmosphere right and Gary Russell provides a wonderful backdrop of creepy sounds to compliment the spooky script. Easing us into the story there is a howling wind that suggests the desolate landscape of the Alps (far more effectively than in Land of the Dead I might add) and Nyssa and Peter make lovely crunchy footprints in the snow. When we move inside there is a warming crackling fire. Poltergeist signs come in the form of lights buzzing, mirrors smashing and collecting into a twinkling glass storm, pianos grinding through corridors and smashing through doors. We also have taps dripping like music and an almighty set as a helicopter dives through the air, its engines growling and the crash and tear of metal as it collides with the mountainside. Finally the Spillager transformation and voice, like an electric current running through water, is unforgettable.

Musical Cues: My favourite score to this point bar none. I love the piano and Russell Stone’s command of the instrument is masterly. The opening piece, winter waltzes, is beautiful and desolate and suggests snowy landscapes and old memories effortlessly. This is one of the most attractive hauntings I have ever experienced because Stone’s music underscores every event so handsomely. The piano plays an important part throughout the story and the music being played chills and scares in equal measures.

Isn’t that Odd: I don’t understand the framing device that bookends the story, it does not seem to serve any purpose. If the events of the past where going to have an effect on Alison’s future or if she was going to keep narrating the story I would understand why it was including but it feels like it is there just because Cartmel thought it was quite a cute way to open the story. The Unicorn and the Wasp was going to have a similar framing contrivance but they cut it because it did not service the plot – there is no such insight here. Cutting back to Alison in the future at the end was a total surprise because I had forgotten all about it since episode one and it left me thinking, ‘huh?’ which is not how you want to end a story you have mostly enjoyed. 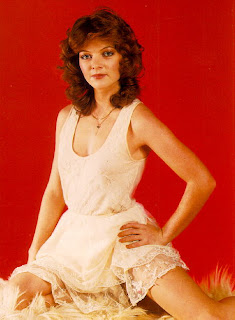 Nyssa’s crabbiness, is this because Cartmel did not understand the character?
There were a few moments when I felt the writer was blatantly trying to tell us what was happening in the scene, there was a lack of experience with writing on audio. The end of episode two is a good example: ‘The ski polls! They’re rising into the air!’

Standout Moment: I really liked Nyssa’s solo adventures in episode one and the ghostly happenings. The piano playing on its own was super creepy and the glass shard attack a great moment.

Result: Beautifully scored, Winter for the Adept is a damn good stab at a ghost story. The first episode is a treat; the location, the talk of spirits, the howling wind and the evocative music all combine to create a feeling of quiet menace. When the Doctor shows up (in one of his best materialisations ever) the explanations come with him so the rest of the story doesn’t really live up to its early promise. Andrew Cartmel writes a surprisingly good fifth Doctor but fudges Nyssa by making her too spiky and his guest characters all have good dialogue and motives. The last episode disappoints because the ghostly happenings vanish and it all becomes about a (frankly) pathetic alien race who want to take over the Earth, like we haven’t seen that before. All the same the direction is constantly fresh and the events (their execution and the acting) really involve the listener. Nobody seems to want to write a ghost story for Doctor Who that is just a ghost story (Empire of Death) but this is the nearest we have come to a successful attempt: 7/10

Buy it from Big Finish here: http://www.bigfinish.com/10-Doctor-Who-Winter-for-the-Adept
Posted by Doc Oho at 15:23

boy you don't want to get on the wrong side of nyssa. i thought nyssa was justified with her anger. i really enjoy 5 and nyssa together, even in this early very "primitive" outing from BF.

The epileptic ghost surprised me. Because when Alison said she often got migraine and accompanied with the weird scent, that's my first thought too. Some people with epilepsy Sometimes experience the same thing before or during the attacks. Although again, the thought that an upper class ghost that still have epileptic "fits" sounds like straight from Harry Potter books.