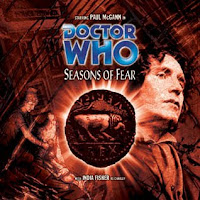 What’s it about? On New Year's Eve, 1930, the Doctor lets Charley keep her appointment at the Raffles Hotel in Singapore. But his unease at what he's done to time by saving her life soon turns into fear. Sebastian Grayle: immortal, obsessed, ruthless, has come to the city to meet the Time Lord. To the Doctor, he's a complete stranger, but to Grayle, the Doctor is an old enemy. An enemy that, many years ago, he finally succeeded in killing. And this is his only chance to gloat. The Doctor and Charley desperately search human history for the secret of Grayle's power and immortality. Their quest takes in four different time periods, the Hellfire Club, the court of Edward the Confessor and the time vortex itself. And when the monsters arrive, the stakes are raised from the life of one Time Lord to the existence of all humanity.

Breathless Romantic: Seeing Charley and Alex together reminds the Doctor of why he had saved her – he loves seeing her so happy. As Paul Cornell points out so succinctly in his writers notes Paul McGann narrates beautifully and he directs us through this particularly time twisting story with real ease. Hilariously when he first meets with Grayle he suggests that his nemesis to be might have mistaken him for the Master or the Rani! I love how bashful he is about asking Charley if she has snogged Alex. His relationship with Grayle is fascinating throughout, we have never really had a proper villain for the 8th Doctor to butt heads with and they manage to wind each other up into a frenzy of emotions that is great to listen to. The Doctor promises Grayle he will be there every time he summons his masters for the sake of established history but you get the sense that he simply enjoys hampering his plans too! He’s like a thorn in his side, preventing his transcendence to Godhood. He sings a nursery rhyme about Zagreus which might just become important as the season progresses. He is very used to the bitchiness of Time Lord society and he sees a lot of it in Grayle. The Doctor thinks Time’s ability to make things change is beautiful and he stumbles his way through bodies – he thinks Grayle’s immortality is times way of killing him inside. One leap year Edith offered the Doctor the hand of marriage to the Doctor and he did a runner which has now caused bad blood between them. In one of the rare moments that he really shows his teeth he promises Grayle that if he hurts Charley he will show him suffering beyond anything he has experienced so far. The Doctor is the only man who is wily enough to understand the Queen. He has a moral code, an aversion to killing. It really worries him that for a moment he really wanted to kill Grayle as he represents everything that he despises a turncoat and somebody who betrays his own people for his own advantage. He rarely touches meat and turns his nose up at venison. He chooses a swordfight to dispatch Grayle and turns out to be something of a master of the blade! You can just see Paul McGann with wild hair and his Edwardian clothes brandishing a sword in a moonlit duel! The Doctor is stabbed several times during this story and yet he still fights on. According to Charley he smells of honey, lets his tea get too cold before he drinks it and lets her win at Scrabble.

Edwardian Adventuress: Finally Charley makes it to the Singapore Hilton to meet Alex and indulge in some serious smooching. Nobody could have survived the R-101 and as such Charley, fully aware of the messing with time she caused in Chimes of Midnights, wonders if she is responsible for the time disruption here as well. 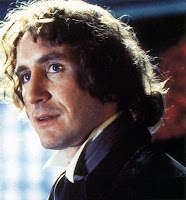 It transpires that Alex never really fancied Charley but was Grayle’s nephew and he manipulated her into bringing the Doctor to this particular location. Throughout the story Charley has a surprising taste for violence suggesting they stone Grayle to death and dropping him into a volcano! She promises not to make a habit of disobeying the Doctor’s orders (yeah, right!). She is poisoned by Grayle to allow him entrance into the TARDIS. In return she knocks him out with the hat stand! We learn that she adores wearing a good frock and once went to an orgy…but didn’t stay. She has read Austen and can play a very convincing upper class virgin! At the end of the story her mind is full of two sets of memories – one from this story and the other where it never happened. The Doctor promises they will last until she sleeps and they will become memories, stories and dreams.

Ideas: Another extremely innovative story. Rather like River Song in Silence in the Library Grayle meets the Doctor out of time and their first meeting is at very different times for each of them. Grayle tells the Doctor that he has killed him in the future and the timeline that has created sees the Time Lords no longer top dog with his Masters feeding on the energy of worlds. The Doctor uses Alex’s DNA (which somehow made its way into Charley’s mouth!) to locate Grayle’s family home. Hopping back to the Hellfire Club they discover Grayle happy to sacrifice everyone to complete the first stage of his immortality. In a very odd moment a Dalek makes a cameo at the end of part one (watch this space, folks). King Edward’s homosexuality is described as an affliction! Nobody wants to invade England because they all think they are going to inherit. Grayle doesn’t age – he was married 12 times and watched each one fade into a crone whilst he didn’t gain so much as a wrinkle. He plans to kill the King and Queen using jewellery made of plutonium to poison them but the Doctor has pre warned them and they wear fakes and outfox him. At one point in this story Grayle has lived even longer than the Doctor has but we see the danger of living such a long life unchanged, it turns you twisted with hatred. Regeneration keeps things interesting and keeps you sane. There are lots of clues to point that it might be the Nimon behind all of this (Mithras the Mighty Bull, a Black hole on the doorstep, they invade one at a time…) but you would never imagine the return of such a derided Doctor Who monster so all kudos to Cornell and Symcox for pulling them off with such style! For all their shoddy design (which we obviously don’t have to look at) the Nimon are a surprisingly effective and serious idea. A plague of intergalactic locusts preying on the weakness of people’s greed. I love it when one character says you wonder what will fall out of the sky next…and down screams the Doctor! The Doctor defeats Grayle in the only way he can imagine…to head back to before they have ever met and stopping him contacting the Nimon. In one of the twisted climaxes we have the evil immortal Grayle face up to the innocent Grayle who has never turned to evil and the as Grayle stabs his nastier version to death time heals itself and the new timeline quietly replaces the old one. In a dramatic climax we realise that the Nimon made use of the conditions that the Doctor saving Charley caused. 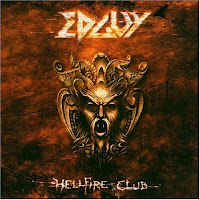 The last scenes sees a creature of terrifying possibility appear and kill Lucie and Richard, a creature that hungers for time energy and swallows them down for the paradox they are. The Doctor and Charley have unleashed something and it is coming after them…

Standout Performance: Stephen Perring deserves a round of applause for his strong performance as Grayle, a new nemesis for the Doctor. Perring gets to play a whole range of emotions from niavete and innocence to scheming and plotting to twisted and bitter Godhood. He manages to be melodramatic, a little bit sexy, verbose, smug, sweet and completely insane. Not bad at all and surely a fascinating character to play.

Audio landscape: Weird bells raining over the opening scenes, heavy rain hitting mud, religious chanting, alien voices over the intercom, fizzing time energies, a Dalek screaming, a temple exploding, wind whipping, ticker tape in the TARDIS, trees swaying, owls hooting, church bells a ringing, the Nimon pod arriving and their fabulous distinctive voices, growls and electric bolts. The sound effects were the best thing about the Nimon so on audio we get the best of them.

Musical Cues: The music for Seasons of Fear is extremely distinctive and unusual, not the usual orchestral helpings but more of an electronic feel. The heartbeat music at the end of part one suggests things are hotting up nicely. There is a Kings Demons style of synthesised historical music during the scenes in 305AD only it actually serves to enhance the mood of the piece. There is a haunting female vocal during the duel. The Nimon get a heavy techno beat in the last episode that really suits them. 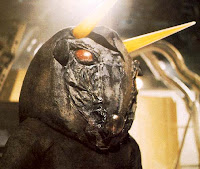 ‘What sort of things did they get up to in here?’ ‘You know…rude things…’
‘I shouldn’t be in your universe. We don’t like each other very much…’
‘I am coming for you Charley Pollard. And for you Doctor…’

Standout Moment: The end of episode three is a triumphant return of a pretty naff monster and for that it should be celebrated!

Result: For content and interest, this is one of the most involved Doctor Who stories but it is a little too fractured to be an all conquering classic. Seasons of Fear tells a more detailed, less emotional version of the Girl in the Fireplace with the Doctor walking through Sebastian Grayle’s long life and outfoxing him at every turn. It breaks the curse of Doctor Who quest stories by being rather good and offering up a number of fun locations and lots of clever ideas. Paul McGann and India Fisher have an effortless chemistry at this stage in their partnership and are a joy to listen to together. The second eighth Doctor season is proceeding with real drama and drive with lots of hints that something is not at all right with time and the Doctor made a terrible choice in saving Charley’s life. Extra points for the fabulous return of the Nimon and a script that works itself into knots to keep us entertained: 8/10 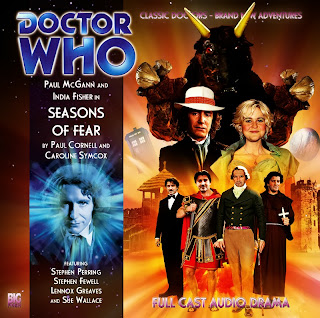 i think this is one of charley and eights best. they are so much fun together in this. plus this story takes full advantage of a time traveler battling an immortal for the sake of creation.

my favorite line was "and another chance to wear beautiful dress.. a little conspicuous dont you think i meant me "