Embrace the Darkness written and directed by Nicholas Briggs 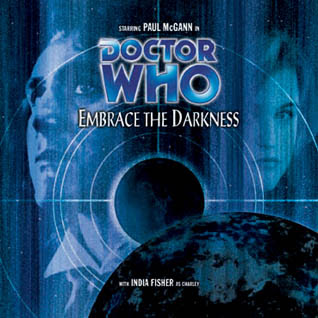 What’s it about? The Doctor and Charley travel to the remote Cimmerian System to unravel the mystery of its sun. But darkness has already embraced the scientific base on Cimmeria IV in more ways than one. In a fight for survival, the Doctor must use all his wits against a deadly artificial life-form and an ancient race whose return to the Cimmerian System threatens suffering and death on an apocalyptic scale

Breathless Romantic: I honestly do enjoy Nicholas Briggs stories – I do but his first handful of Big Finish scripts are a valuable learning experience and you can see how he steadily improves with each piece of writing until he is producing works as strong as Patient Zero and Blue Forgotten Planet. Embrace the Darkness features stronger characterisation of the 8th Doctor than Sword of Orion did and a lot of this pre-empts what would come after the season ends with the Doctor embittered and suicidal. But this is still in the ‘humble beginnings’ stage and whilst there is a few standout moments this is still pretty forgettable stuff for the 8th Doctor.

He has a gap in his knowledge about the Sumarian system and so naturally hops straight to the planet to satisfy his curiosity. He is described as being highly sophisticated and intelligent. I loved the scenes between the Doctor and ROSM as he tries to distract him from killing Charley, they have a fun banter that is missing between him and his companion in this story. He’s always interested and shames Orlenza into getting off her backside and saving herself. He feels guilt for making his mistake in reactivating the suns around Sumaria 4 and plans to make a grand and noble gesture to atone for causing their potential destruction.

Edwardian Adventuress: Charley isn’t just a historical curiosity; she can use the console after observing the Doctor. ROSM considers Charley a biological hazard because she comes from a culture that doesn’t genetically modify itself. Charley pities Orlenza and calls her obnoxious. She has become more confident in her travels with the Doctor and being with him in the TARDIS feels like home to her now. She becomes Miss Bossy Boots when she realises that the Doctor is going to commit suicide to save the Sumarians.

Great Ideas: The darkness has been the stuff of nightmares for many years and the idea of all the lights being extinguished in a base on a planet with no sun is certainly an attention grabbing opening. Briggs follows that with utter silence and the creepy suggestion that something is moving about in the darkness touching people’s arms. The Time Lords are patrolling the Vortex looking for the Doctor. There is a marvellous idea where the Doctor drifts the TARDIS half a century a second of the Sumarian system. ROSM is a great creation, a pedantic and yet highly intelligent and rather polite killing machine or rather Rescue Operational Security Machine. 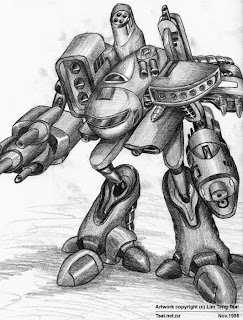 The Sumarians are fabled by legends to live in perpetual darkness and released particles that stole the light from the sun. The Sumarian sacred history is visualised as a boiling mud pie, storing their history in its taste. The Sumarians have always chosen to heal the sick but the Solarians kept coming in their ships to a point where they threatened their survival. Their ships have solar sails and were attracted to the suns of the system so the ancient Sumarians snuffed out their sun to avoid extinction. In reality the returning Solarians are in fact Sumarian archaeologists looking for relics.

Sparkling Dialogue: ‘Your eyes…you’ve lost your eyes…’
‘The first dawn in the Sumarian system for a 1000 years…’

Audio Landscape: This is where Nicholas Briggs excels himself in his early stories…his command of the audio medium, using sounds to tell stories. Even when the narrative isn’t up to scratch he can still immerse the listener into a world of sounds and he does a superb job here in creating an atmosphere of tension. The sibilant, whispering voices of the Sumarians are chilling especially when they whisper the title, ‘Embrace the Darkness…’ The TARDIS has a real hissy fit when it is in hover mode. ROSMs voice is somewhere between a metallic grinding and a polite but throaty growl. Charley in the escape pod counting down and ejecting from the ship and docking at the Sumaria 4 base is a remarkably visual piece of direction. There is a creepy hum whistling through the deserted base. We have screams in the darkness and manic laughter, ROSMs clunky footsteps and Orlenza’s beautiful singing echoing down the corridors. The suns reactivating provide an appropriately climatic moment. The Sumarian screams as it heals. The bubbling Sumarian history – Charley and the Doctor are surrounded by cries of the infected.

Musical Cues: Almost to spite Gary Russell who seems to direct everything these days we have a story written, directed and scored by Nicholas Briggs. He introduces us to the Sumarian system with some exotic whistling and the story is kept in a constant state of tension with some lovely pan pipes. The sudden sting at the end of episode one is very dramatic.

Standout moment: After such a fast paced episode it is great to have Charley on her own in a very ‘you are there’ scene of terror as she emerges from the escape pod onto the base with no lights. The dull lights from the pod throw some illumination on the approaching figures who have been scratching around in the dark for an age but they still can’t see. Charley finally gets a good look at them and gasps as she tells them their eyes have been burnt out.

Result: Embrace the Darkness is a really odd beast.…

It doesn’t have the content to fill four episodes and would have worked much better as one of McGann’s 45 minute episodes and it is especially annoying that after waiting for a climatic ending Briggs reveals that the entire story hinges on the fact that there was no danger at all. On the other hand the story is a wonderfully visual piece with some stunning direction and a cracking first episode that plants you right into the story with some really scary set pieces. Characterisation is a slave to the atmosphere so the secondary characters inconsistently shift from the best of friends to embittered colleagues. Orlenza in particular goes from being sarcastic and xenophobic to sensitive and caring in the blink of an eye (haha). Embrace the Darkness is like the film Avatar, whilst you are experiencing the story it is attention grabbing but half an hour after you have turned it off you can’t remember a thing about it: 5/10

Buy it from Big Finish here: http://www.bigfinish.com/31-Doctor-Who-Embrace-the-Darkness
Posted by Doc Oho at 03:35

I enjoyed this one as much as I enjoyed "Chimes of Midnight". I thought this one had an excellent aural landscape for my ears to "see".

Yeah, this definitely would have worked better as a two-parter. The beginning is super-promising, but it falls apart after the first episode and never pulls itself together again. ROSM is brilliant, though. I almost wanted the Doctor to take him when he left.