The Twilight Kingdom written by Will Schindler and directed by Gary Russell (again!) 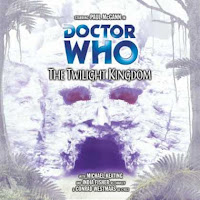 What’s it about? The blood of innocents has been spilt ­ a terrible sequence of events has been set in motion. The forces of darkness are on the move. Deep underground, an army of light prepares itself for the oncoming war. The Doctor's used to winning. Stumbling in, reading the face of the enemy, and then beating the odds but what if this time he's got it wrong? Charley and C'rizz think he has. Stripped of all that is familiar, just who is the Doctor? Major Koth thinks he knows. Lost among the dark caverns of an unknown world, has the Doctor finally met his match?

Breathless Romantic: Groan. Another less than stellar showing for the ever-dwindling eighth Doctor who continues his run of stories pontificating about his anxieties. He admits that he has become more judgemental and suspicious since he entered this universe and that he feels despair loneliness and guilt in abundance. Oh curl up and die then you selfish old ponce! Making matters ten times worse is Paul McGann sleepwalking his way through the story (who can blame him, so did I) as though he is seriously considering giving up this malarkey if things don’t improve. I swear I heard him stifle a yawn during his confrontation with Koth. His pain has been infinite, eight lifetimes worth of losing friends and worlds…blah blah blah. I’ll move on before I start to bore you all.

Edwardian Adventuress: Oh mother of all that is holy – what has happened to Charley? Its as though the producers have taken a how to turn a successful companion into a twat in four easy steps! Step One – have her fall in love with the Doctor and at the end of saving the universe have her turn his attempts to protect her into feelings of rejection, of being dumped. Step Two – have her repeat that she loves the Doctor over and over again until she moves beyond desperate into a an area of emotional self harm. Step Three – let said companion become the host for a breed of alien monstrosities and force your audience not to give a damn. Step Four – turn your companion into the previous record holder for utter twatness, Adric, by having your companion turn on the Doctor, have a massive paddy because she has a different view point and sulkily run away screaming nonsense like ‘I need some time to myself!’ Congratulations! You’re companion, Charlotte Pollard, is now a total prick beyond redemption in her present circumstances. Bravo. It is almost as if she is taking the Michael when she says that she should have had a far less interesting life – less interesting than this? She decries that she wants things the way they used to be (ahem) and that she has to be able to believe in the Doctor (like she cannot cope without him). I hate to say it but the last time I was as elated as when C’rizz grabs her by the throat and starts wringing the life out of her was during an episode of Star Trek Voyager when Tuvok grabbed Neelix and did exactly the same thing. Alas Neelix was a hologram and Charley survives to breathe another day but then nobody said life was fair.

Chameleonic Rogue: When C’rizz is the most interesting regular in your line up run for the hills! Three stories in we finally learn a few things about him, his skin adapts to its environment, he likes a damp atmosphere and he has the perfect constitution for the jungle. He admits he has different principles and beliefs as the Doctor and Charley, he used to be a priest and he finds his sudden liking for warfare quite unsettling. He was brought up in the ways of peace and serenity but since he met the Doctor and Charley things have changed. He wonders if this is what he is now, a man who will hold a weapon. I really like how unimpressed he was by the TARDIS but he does rather make it sound like they have been searching for the ship for years when in reality its been two stories, and they hardly featured in one of them. My favourite C’rizz moment was when one character looked at him and said ‘What is that?’ Right there with you. 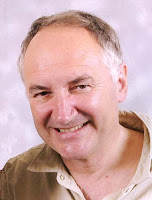 Great Ideas: The Interzones are sectioned off from each other where you can step from Light City to the Amazon. It is a crucible world, a giant laboratory. Veyla dissolves into the cave walls, which pulse with organs. It is one vast organism that ingests the local fauna, its water are digestive juices. The TARDIS turns up. Somebody brought the creature here and it is hinted that it may have been Rassilon.

Audio Landscape: A verdant jungle with clicks, pops and humming insects. Water runs, bubbling and frothing. There are some laughing warbling alien voices that sound oddly like the Toclafane! A heartbeat pulses. Soil moves.

Isn’t it Odd: Anyone who likes this story please look away now – it took me a week to psyche myself up to listen to this (with some persuasion from some lovely GB posters) and then after I listened to the first episode I had to leave it another day before I could bear the second.
· The first episode is an unengaging mixture amalgamation of Planet of the Daleks (the jungle setting), Kinda (the cave) and Caves of Androzani (the unrelenting military) with nary an original line for any character.
· Koth is played by Michael Keating…its Vila! How are we supposed to take this guy seriously when he’s Vila? For a good example of how his villainous role was a mistake go and listen to the scene where the Doctor and Koth first butt heads – Keating camps his way through the scene and McGann sounds like he wants to go home. ‘I will take you down, you know. Yaaaaawn.’ Russell Stone’s music feels dreadfully inappropriate when the performers fail to match its level of seriousness.
· Congratulations to Dale Ibbetson who gives the worst performance in any Big Finish play as Quillian, knocking even Ann Bird from The Rapture out of the pool. He speaks every line with a blank, expressionless monotone I was wondering if perhaps the creature was sapping emotions from the characters. Imagine my surprise when it was supposed to be enhancing them!
· There are 57 tracks on disc two – I’m not sure if I have ever been so depressed.
· The big twist is…a living cave! There’s a bloody cave on the cover with a face! Who thought that one through?
· Episode four features some of the dullest psychobabble you are ever likely to hear out of a counselling session with Deanna Troi. 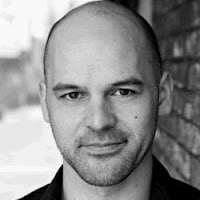 · Was this year even plotted in the slightest? At any point? There is no wrap up, no arc and no surprises at the end of five stories in the Divergent Universe. The Doctor turns to Charley and decides ‘I’m very pleased to have met you.’ That’s the blinding conclusion we have bee waiting for? The Kro’ka pops up to remind us this is all leading somewhere worthwhile even when we have yet to see any evidence to support this. He offers us no reward for wading through this muck but to promise more of the same. And what about that unbearably crap cliffhanger, not a patch on Neverland’s success, where we discover the Doctor is hunting Rassilon. Well, duh, he chucked him in the Divergent Universe in the first place!
· Our big bonus for suffering this year is that we’ve gained C’rizz. Big woo.

Result: Really good and really bad stories are both a joy to listen to for very different reasons. The worst stories are the ambivalent ones where the writing it okay, the production is okay, the music is okay but nothing stands out for good or for ill. The Twilight Kingdom is one such story and in its own bland, forgettable way it is even more torturous than Creed of the Kromon, which you could at least feel something about, even it is pure revulsion. The Doctor needs to lighten up, Charley needs some serious personality surgery and C’rizz needs to get a personality. The three of them front this achingly dreary tale about a living city and a rebel cause that don’t even realise they aren’t actually fighting for anything. I don’t care how bad people think the monthly series is now, the third McGann year is the nadir of Big Finish’s output and I can’t imagine it ever getting worse than this: 2/10 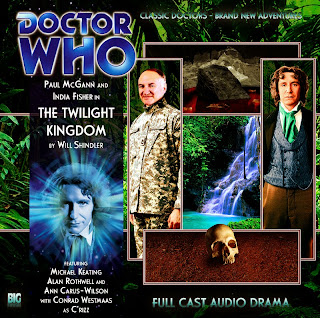 I'm sorry, this time I totally disagree with you. I really enjoyed The Twilight Kingdom, but the last episode (the psychobabble was unnerving).
I also disagree about Charley, she was annoying, but it was clear that she wasn't herlself, specially on those moments you appointed. When she wasn't being controled she was the same girl I always loved and still do.
I also didn't have a problem with the Doctor on this. He was all right to me and it's interesting seeing how much he isn't himself since he came to the Divergent Universe. It's impossible to be the same since a lot of his senses are obstructed and he's still learning to be a new person.
I also liked the story and the characters (I was liking Quillian until the fourth part).
I can accept you didn't feel the same way as I feel, but I can't really understand because I thought it was really fun listening to this....even though it would be better if the fourth part was not so cliché.

Having just listened to this today, I agree with the bulk of your review - McGann is clearly getting as fed up with the Divergent universe as the character he plays - but I'd have to second Mica's comment about Charley. It's obvious she's being manipulated and whatever the direction in which her character is moving her behaviour here was clearly supposed to be anomalous. At least she wasn't mooning over the Doctor with the same sort of intensity that dragged the otherwise brilliant Scherzo through the mud.

All other points valid, particularly C'rizz, who has the personality of a herring, and not a very interesting herring at that.

I for one understand your frustration with Charley at this point. The last time she was written as even somewhat enjoyable and important to the story was Zagreus, and that was Zagreus!

This wasn't an awful listen for me, It just didn't make any impact whatsoever. These Divergent stories keep bouncing between bonkers and boring. I hope that means the next story is at least bonkers again.