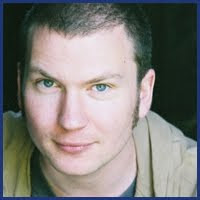 Simon Guerrier came to write a Past Doctor Adventure not long before the range came to an end but it was extremely popular and since then has gone on to write for Big Finish's Bernice Summerfield range and contribute a wealth of exceptional audios.

Is there a different appeal in short stories that isn't in a novel? Do you find it harder to write one than the other, since both present challenges - one obviously needs to be more succinct, the other more elaborate. Which is the two holds the greater challenge for you? Do you have a favourite that you have written?

I think you tailor the story to fit the medium – whether it’s a play or a short story or a novel. Finding the right story is the key thing, and I’m happy writing in different media. I like the variety, rather than a specific form.

I also think you try to be succinct whatever the form. You want things to be punchy and exciting without any waffle. So even though a novel is longer than a short story, it’s still using the same discipline. A novel is probably harder because it’s longer and more work, and so there’s more plates to keep spinning, and generally more that can go wrong.

As for favourites, I don’t know how to choose. The wife thinks The Pirate Loop is the one that’s most me, so I’ll go for that one.

You came to write The Time Travellers just as BBC Books was bringing its Past Doctor Range to an end. Was it daunting to have to write a full-length novel? How do you begin plotting a story as dense as this? Do you enjoy writing for the first Doctor?

It was daunting because I knew the series was coming back on TV, and there was me writing a book that depended on readers spotting references to stories from the 1960s. I found the writing quite hard – 85,000 words is a hell of a lot to keep the pace and excitement up through, and I think the books really benefited from being stripped back.

I guess plotting starts with coming up with basic ideas, scribbling them in my notebook, thinking them through, deciding they don’t work, coming up with something else…

I then try and write an outline, without looking at my notes – so that I’m concentrating on telling the story rather than squeezing in all my ideas. I go back to my notes after I’ve got a full outline to check I’ve not left out anything vital. 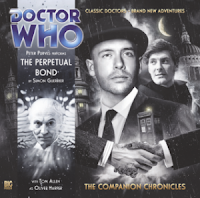 Once I had plotted the novel out as a chapter by chapter outline, and sent it to a few friends who made good suggestions. I think Jonny Morris said I needed a third act, which is why they all go back in time in the last bit (thanks Jonny!).

Does any Doctor or companion hold more or less appeal for you? Was Sara Kingdom, for example, someone you'd always wanted to broaden the story of, or did you take your cue from David Richardson? How was it developing and writing for a new companion within the First Doctor's existing timeline? Were there elements that were important and/or more necessary to include than if it were an existing companion? Tell us something about new companion Oliver Harper and the journey he is going to go on in the companion chronicles? The Perpetual Bond seems to be very well liked, not least the inclusion of Oliver Harper. His character has a trilogy of his own already in place, but are there any plans to continue using him after the final story is released, or will there be a definite conclusion to it?

I don’t often get to choose which Doctor or companions I write for. That’s half the fun – it’s my job to find something new to say about whoever I’m given. (I think that’s also an important distinction between what I do and fan fiction where, if I understand it right, a lot of the fun is in picking who you’re writing about or teaming up.)

Sara Kingdom came about when I first met David Richardson to discuss what became the Key 2 Time series. He also said he was after writers for the Companion Chronicles and we chatted about how they worked. At the time, the pattern was that you had two stories in one: a story with the Doctor, and the framing thing of where the ex-companion had got to since then. David said it didn’t work for all companions, and cited Sara as an example. And off the cuff I suggested how it could be made to work for Sara. And David asked for an outline.

So I watched the existing bits of The Daleks’ Masterplan and listened to the rest, and also reread Eddie Robson’s brilliant short story, The Little Drummer Boy, and looked for where Sara showed particular character traits or a worldview, and built the story up around that.

I think it’s important to get the characters right, to show something new about them but to make sure they’re still the same person we know. And we learn so little about the early companions on screen – their lives, their families, their view of the world – that there’s plenty of space to fill that in. 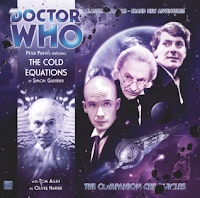 Oliver was different because David Richardson pretty much handed me him fully formed. He suggested I base it on a character in a particular film (which I won’t name because it spoils what his secret is), so I watched that and some other bits and pieces, just to get the voice in my head. I came up with the plots for stories two and three, which David and I knocked back and forth between us a bit. It was always meant to be a trilogy with a definite end to the story, but whether there’s more adventures with Oliver is up to David. I just do what I’m told, guv.

How did you come to produce the Bernice Summerfield range for a year? Did you try and make the series more arc based to reward listeners? What is the continuing appeal of the range? Which stories are particular favourites of yours?

It was a bit accidental, really. Gary Russell took me on as a script editor to help him get the Benny series back on schedule, and then when he got his job with the BBC in Cardiff I was just in the right place at the right time.

Gary and I had talked about resolving a lot of the plot threads he’d set up over the years, and we agreed a two-year plan to properly do that justice. So I think I got the producer job because that was already in hand, and I just needed to see it through. I was also meant to get more people listening to Benny, so I tried to create some excitement around the range, putting in lots of foreshadowing of things that were coming up and big eventful plot stuff. I also went to conventions, talked to fans online and generally made a lot of noise.

Benny’s a great character, clearly, having lasted so long and had so many adventures. She’s not got super powers – she’s not even an especially good academic – so even her madder, sillier adventures are grounded. I think Benny is at her best in audios like Just War, Death and the Dalek, The Grel Escape or Absence (none of which I worked on). And all the ones I worked on are clearly brilliant, too.

You have dipped your wick into many of the spin of ranges - UNIT, Sapphire and Steel, Iris Wildthyme. Was it nice to have a break from writing Doctor Who and adopt the very different styles of these ranges?

Yes, it was nice. As I said, I like the variety.


You have edited 8 anthologies now - how do you begin to assemble a running story with chapters written by different authors? Have you always written the intervening material to bind the book together and provide the conclusion?

I had to write a brief, and the trick is not to give the authors too much to shoehorn in, so they’ve space to create their own stories. For Time Signature, I copied the format of Russell T Davies’s outline for the 2005 series of Doctor Who, where he had a paragraph on each story. I did that, with a couple of sentences for each beat of the arc, and then invited authors I liked working with to get involved. They divided that document up between them and I just had to write a finale. I think on something like that you have to write an ending to tie it all together. But on the Benny novellas, I wrote briefs for the authors so I wouldn’t have to do linking material, just to save me some time.

Was it exciting to have a stab at writing for the new series of Doctor Who. The Pirate Loop in particular has gone down very well. Can you tell us something about writing your two novels from the NSA range?

Yes, very exciting – though not very different from writing for any other, past Doctors, really. The Pirate Loop was really good fun. I’d just finished my huge history of Bernice Summerfield, which involved a lot of interviews, research and fact-checking, so just to be able to pour out merry nonsense was a great pleasure. I think you can see I was enjoying myself.

Again, the thing I worried most about was getting the Doctor and Martha’s characters right, so I watched and rewatched the episodes, got notes from Gary Russell at the BBC and Joe Lidster (who wrote Martha’s blog for the BBC website), and pinched the description of the Tenth Doctor from Terrance Dicks’ Made of Steel.

What can we expect from you in the future?

My current projects are writing a second series of Graceless, my spin-off series for Big Finish. I’m doing some more DVD extras for the Doctor Who DVDs, but that’s all just been commissioned so there’s not a lot yet to say. I’ve written a short film, Cleaning Up, about a hitman played by Mark Gatiss. That’s in post-production at the moment and will be doing the film festival circuit when it’s finished. And then there’s a novel of my own that I got stuck on a year ago which I’ve just worked out how to fix…
Posted by Doc Oho at 13:18