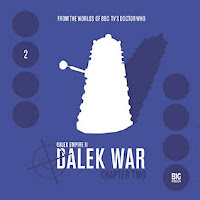 What’s it about: The Dalek Supreme’s forces have attained their first objective. But will Alby, Mirana and Morli be able to escape? Meanwhile Kalendorf’s forces seem to be defeating the Daleks in the solar system. However, the mysterious Mentor’s suspicions are growing…

Angel of Mercy: Suze has nothing to lose by giving herself up to the Daleks and many lives to save as she does so but proving their usual trustworthy selves they start shooting as soon as she agrees to go with them. They want her back because they think she is the living repository of the Dalek Emperor and so the only hold she has over them is to threaten to blow her brains all over the place. Its very funny to hear the Daleks who are usually ready to murder without pity screaming ‘YOU MAY NOT SACRIFICE YOURSELF!’ as if they have the right to make that choice! They take that choice out of her hands by offering her the bargain that if she doesn’t kill herself Alby will be allowed to live. Once Suze told the Daleks that she wanted to die because she was tired and angry of everything that was happening on Vega 6 when they invaded. They didn’t have to coerce her into helping them, they just had to wait. They took away all of her creature comforts just so they could give them back to her and remind her that life can be good again. That was all it took to convince her to become the Angel of Mercy.

Anti Hero: I’ve always found Alby the least impressive of the three main stars of Dalek Empire/War but this is his best instalment so far in either series and a real chance for Mark McDonnell to shine. Its always felt as though there is little more to this character than his pining after Suze and now they are reunited Nick Briggs is forced to give his character a new focus. Her relationship with Morli is unexpectedly sweet. Its nice that after all the hopes they had pinned on their potential relationship in Dalek Empire that as soon as they meet in Dalek War there is an uncomfortable chemistry between them. How can either of them possibly live up to the expectations of the other after the romance they had built around a few moments of happiness before the killing began? The Daleks are still using psychology as a weapon and try to suggest to Alby that Kalendorf and Mirana have been keeping their real plan in an attempt to divide and conquer. Ultimately if Suze dies then the Daleks are a force without a leader and they will have technically won the war but that is a dilemma that Alby refuses to consider because he will never let it happen. It seems to me that Alby and Suze are a romance born out of warfare and it is when the threaten of the pair of them being torn apart that their feelings are at their strongest. It makes me wonder if they ever have any kind of long term prospects (unlikely considering there hasn’t been a whisper of a happy ending for any of the characters in this range so far) but at least their continued survival gives the other hope. 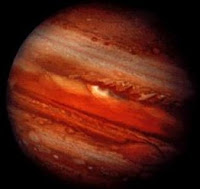 Standout Performance: Its quite jarring to introduce Morli with a Scouse accent because it sounds rather like Briggs has dropped Cheryl Cole right in the middle of his Dalek War series (‘stop hurting him, man!’). Despite this handicap Danni Carr gives a highly charged, charming performance and adds a touch of rough around the edges charm to the proceedings.

Sparkling Dialogue: ‘Sometimes the Daleks understand us better than we understand ourselves…’

Great Ideas: Earth is currently where the Daleks have their stronghold and that is where the Dalek Emperor’s casing can be found. They took the casing from the Earth Alliance hospital and left a hologram in its place to lure Alby in to lead them to Susan Mendez and the intelligence of their Emperor. Once again Briggs is showing his hand first (the Daleks bursting from Alby’s ship at the end of the last instalment) before explaining how he got there (as he does here with Alby’s tale of meeting Morli and being captured by Dalek forces) but there isn’t the same wait for the answers as there was in Chapter One so it is more satisfying. Plus the cliffhanger was a doozy so it was worth experiencing the shock first and the explanations later. The Mentor wanted Suze fired into a collapsing star and with her the Dalek Emperor’s mind completely destroyed. Mirana asks a fascinating questions – what exactly are the Mentor are her alternative Daleks going to do once the enemy Daleks have been destroyed? What is in it for them? Jupiter is being terraformed by the Daleks and is now suitable for human habitations – there are several large land masses and oceans. 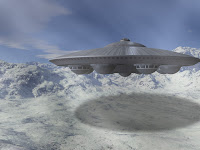 Musical Cues: Briggs always manages to capture me with his music when exciting things start happening and the escape from the enemy Daleks is improved tenfold by the use of some very dramatic music.

Isn’t it Odd: What a shame that we should end an otherwise perfectly judged story (in dramatic terms) on a ridiculous ‘Nooooooooo!’ from Alby. It rather undercuts the strength of the cliffhanger.

Standout Scene: The first scream of the Dalek Emperor in the Angel of Mercy’s mind is a chilling moment. A genuinely formidable force hiding inside of her. Her scream when he cries ‘WE ARE THE EMPEROR OF THE DALEKS!’ is spine tingling. That would have made a fantastic cliffhanger.

Result: ‘You’re saying that the enemy Daleks have deliberately turned the biggest gas giant of the solar systems into an inhabitable planet?’ I was trying to think what the fatalistic tone of Dalek War reminded me of and it came to me in Chapter Two. Its Blakes’ 7! There’s a feeling of crushing oppression within the galaxy and the constant feeling of the protagonists (most of who alternate between enemy and ally) always being on the run from something nasty. It’s an engaging, dark, almost defeatist tone that whilst leaving little room for light relief is nonetheless absorbing. Nobody has a happy life in a universe where the Daleks are battling the Daleks but it makes for great drama. There are more eye opening developments here (Jupiter has been terraformed and the Dalek Emperor begins to reassert himself) but also a nagging feeling that the first two instalments could have had their flab cut away and made one swiftly paced 90 minute re-introduction to the series. This is a great instalment for Mark McDonnell’s Alby Brook who gets to meet new friends, try and understand his relationship with Suze and proves himself to be an action hero in every way by taking on Dalek squadrons in flashback and real time. The big plus that this has over the first instalment is its focus on character which makes the material a lot more likable but it lacks the shock factor of setting up the scenario and is slower paced (despite some fine action set pieces). Overall this is a fine continuation but again better seen as a part of the series than as a story in its own right: 7/10