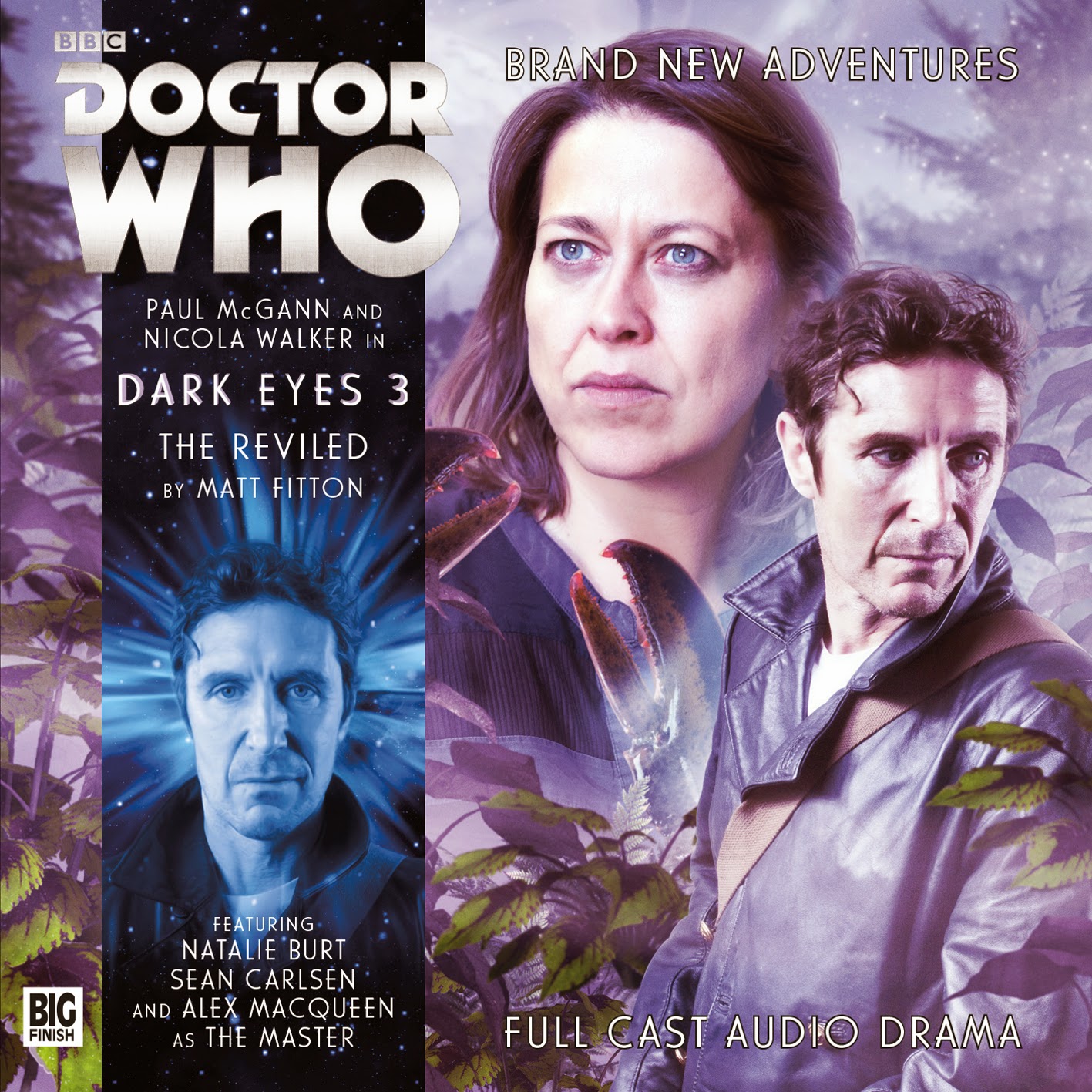 Damaged Goods: After giving him a break from playing the protagonist in the previous story, Fitton is now committed to pushing the Doctor about as far beyond his comfort zone as he is prepared to go. The resulting drama is excellent and Paul McGann suddenly bursts in to life in the final ten minutes of this story in a way that we haven't seen since the first Dark Eyes set. You thought you had seen the Doctor angry before? The Doctor is always looking for the best solution for all races, not just the ones that he happens to like. You can understand why he might be a little cheesed off at having to hop around this time period and clean up his arch rivals messes - it must feel as though he has been doing that his entire life. The trouble with having so many companions is that you forget where you have left them most of the time. He always tries to see the best in people because in his experience when people know that is what you are looking for in them they help you to find it. Liv figures that even when it is none of his business that the Doctor cannot help but try and make things better...his philosophy is to always leave a place in a better state than how you found it. Of all the horrors that he has encountered in the universe nothing frightens him more than human beings capacity for vengeance. He's getting angrier with each passing story, feeling helpless as the Master and the Eminence and the Time Lords pull his strings and murder more people he could have saved. What use is a Doctor if he can't save people? A good question. Let's hope that he manages to resolve some of these issues before the end of this portion of the Dark Eyes saga or I can see him ending up in a more suicidal state than he was at the end of To the Death. The Doctor is coming to some very dangerous conclusions at the end of this story. Conclusions of the sort that he would later go on to consider at climax of The Waters of Mars. Could he really sweep clean an entire timeline? Re-write history, every line?

Alter Ego: It's almost as though Fitton is trying to use the Master to push as many of the Doctor's buttons as possible before locking them together in their own two hander in the next story. What he does at the climax of The Reviled, rob the Doctor of his chance of saving people when he is certain he has already achieved that, is perhaps the cruellest thing he could do. What a bastard. Sparks will fly, I tell you.

Martyr for the Cause: Sent by the Time Lords with medical supplies, the Doctor is suspicious about Liv's presence here but not her personal motives. She's been to the end of the universe and back, the Doctor has faith that she can cope with just about anything. At the climax we learn that Liv is dying and the Doctor promises to do something about that. He's planning some big revisions.

Standout Performance: It's nice to have Nicola Walker back and she certainly commits to playing Liv as realistically as possible. The downside to pairing her with the eighth Doctor in a dire situation is that there is no space for humour in their relationship and as such both actors come across as remarkably sombre. It's not that they are unpleasant to listen to, they compliment each other rather well in this scenario but it's hardly a relationship that will set your world on fire with excitement.

Sparkling Dialogue: 'My oldest friend and my oldest enemy' 'How does that work?' 'We grew up together studied together. We both found Time Lord society didn't entirely agree with us but came to different conclusions regarding the rest of the universe. I wanted to see it, he wants to run it' - In all their stories together over the past 40 odd years I haven't heard the differences between the Doctor and the Master described quite so economically and eloquently. Without delving into the psychological implications of this statement, Fitton has their relationship bang on the nail.
'I'm going to stop a war.' 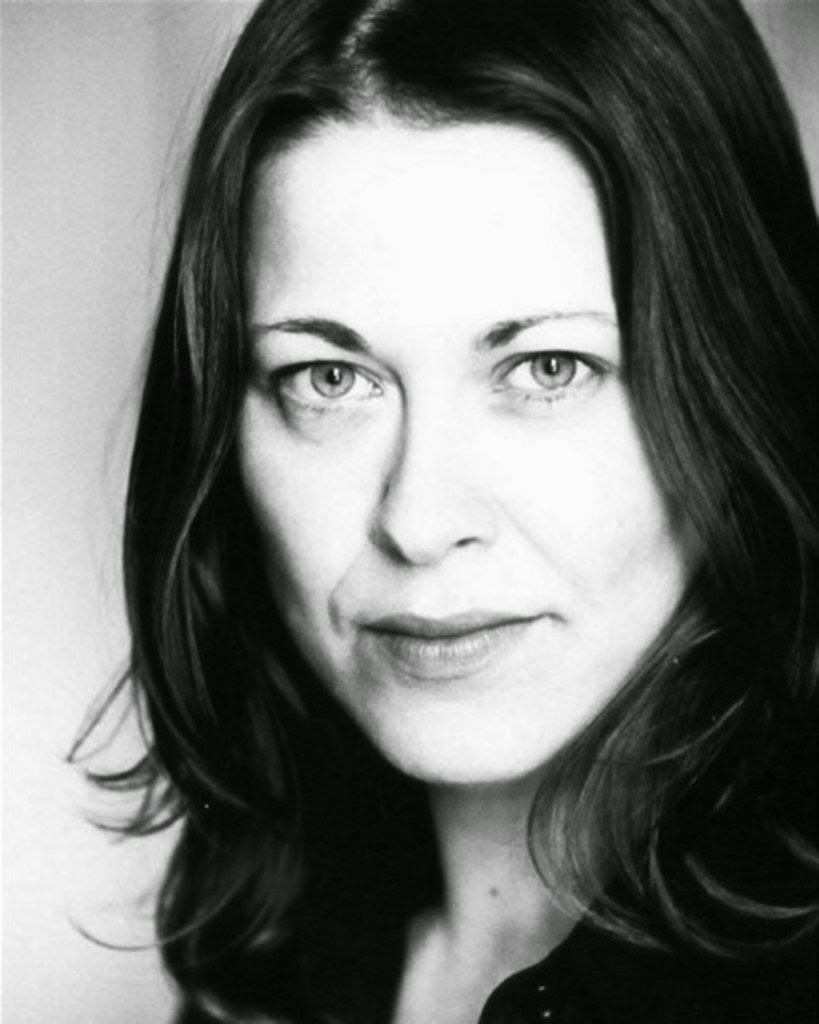 Great Ideas: Matt Fitton is very effectively managing to build a picture of this corner of the galaxy that is caught up the conflict between humanity and the Eminence (with the Master claiming entire worlds in the crossfire). Without its fatalistic tone, it reminds of Dalek Empire insofar as we are able to spend a great deal of time in the same time period and hop from world to world and see the damaging effect the conflict is having on the people. It's unusual for Doctor Who to hang around for quite this long across a spread of stories but it is yielding some interesting results and painting a detailed picture of the setting. This colony is the best lead that the CIA has on the Master who is dosing them with his retrogenitor particles. Earth Alliance has abandoned them and only Liv Chenka seems interested in helping them out. The war always seemed so far away, even when the garrison were called up they felt that it would be over with in a heartbeat. Two years later there is still no end in sight. The 'Roaches' are the indigenous lifeforms, a nickname that the first settlers gave them that has stuck. The Ramosans are intelligent and they are more scorpion than cockroach. They aren't a target for the Infinite Armies but the colonists do. Sally is there to do the Master's bidding, to take the colonists off the Ramosans' hands with a financial sweetener to make the transaction more palatable. The Doctor uses the communications equipment to construct a sensor shield around the continent with all human lives hidden from the Infinite Warriors. IDES have had the desire to colonise Ramosa from the very beginning, from the first exploration probes to the recruitment of the colonists. When it turns out the supplies that Liv has been provided with by the Time Lords are terminally dangerous I started to wonder if anybody was looking out for the people in this conflict. You've got the Eminence trying to recruit Infinite Warriors on the colony worlds, the Master trying to bend people to his will, humanity attempting to swell their armies numbers and the Time Lords trying to wipe people out. This conflict desperately needs a man of the people, somebody who is going to protect the players in this war of possession and murder. After Liv boarded the shuttle the Master landed his TARDIS around the transporter disguised as the transporter - when the colonists thought they were boarding Liv's ship they were in fact boarding his. More recruits for his cause. What the hell is he up to? The Eminence are unforgiving in their vengeance, burning worlds that they cannot convert.

Result: I asked for a more robust story for part two of this saga and I was not disappointed. Matt Fitton is one of those rare Big Finish writers that comes along that ticks every box to make a story work - he has ear for memorable dialogue, he never forgets about his characters, his stories are complicated enough to engage but not too ungainly to be able to follow, he adds little details to a setting that make them more memorable than they would have been and he has a way of stirring up drama without cheating the audience. The only time I think he has failed to achieve one of these essential ingredients is when exhausted or failing story elements are forced upon him (Signs and Wonders). When he is left to get on with something original, he always delivers the goods (The Wrong Doctors, Return of the Rocket Men). For Dark Eyes he has been handed a great shopping list of ingredients and none of them are his own creations (The Master, The Eminence, Narvin, Liv, Molly) and yet he rises to the challenge of bringing all these elements together in a way that feels fresh and invigorating, for each of the individual elements and for the Dark Eyes story. There's a dramatic focus to the saga in this set that comes from one writer taking responsibility for all the stories and having a clear direction of where it is going. With The Reviled, Fitton gets to explore the conflict that is taking place and the effect it is having on the 'little people', how so many powers are trying to influence this war that those in the trenches are the ones that are suffering. The Doctor emerges as something unique because he is the only person that isn't trying to exploit the colonies, he's the only one that is trying to help them. It seems that no matter what he does to try and warn them, to protect them or even to intervene with their kidnap the victims of the humanity/Eminence war will always end up under somebody's thrall. It certainly makes for an exciting final fifteen minutes when the Master pulls off a deceptive coup. It's quite bold to snatch victory from the Doctor like this when he is already feeling vulnerable and it brings out an intensity from Paul McGann that quite took my breath away. It's time the rival Time Lords finally ran into each other, I think there will be a few choice words to say: 8/10
Posted by Doc Oho at 00:54

Yes, I disappointed with the first release with in this one, Paul McGann shows a bit more of fire. I agree with you about the lack of humour between he and Liv, one thing (amongst a ton) I miss about Lucie is that they bounced each other magnificently and with a bit of humor