Dark Eyes 4: A Life in the Day written by John Dorney and directed by Ken Bentley 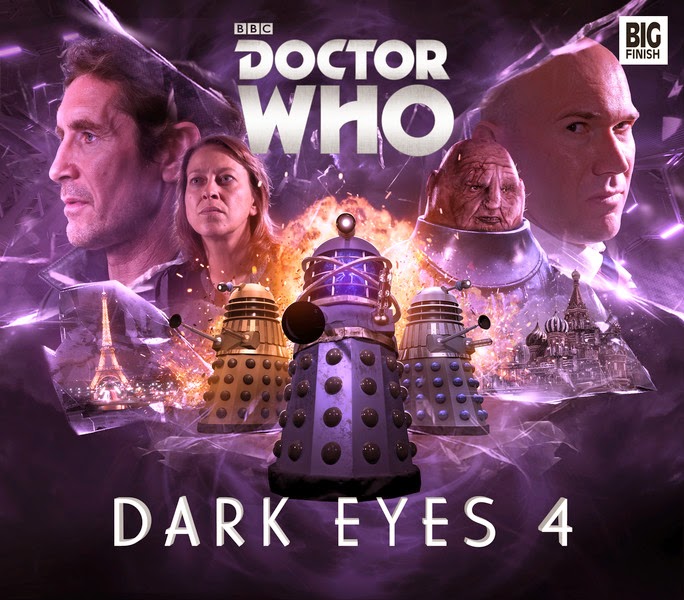 What's it about: The Doctor and Liv return to post-World War One London, where the Doctor meets Kitty Donaldson (Beth Chalmers), and Liv strikes a friendship with her brother Martin (Barnaby Kay). But what mysterious force is hunting them?

Breathless Romantic: Finally! The eighth Doctor has finally found the fun again following the extreme murder of To The Death and the generally dour tone of Dark Eyes to date. This story is like an aberration in the epic serial, a breath of excitement and good humour where the Doctor and his companion can enjoy some time out and a standalone adventure. And the Doctor has never felt more alive as a result. The most conspicuous man on the planet, the same nom de plume has been in operation for as long as he can remember. He has made the mistake of stumbling into a young ladies house before and being ensnared as her husband and he doesn't want to make that mistake again. The Doctor has a tell when he is saying one thing and meaning another, something that he finds rather delightful. It is somewhat bruising to the ego to realise that you aren't in any way important to the brains behind this operation...they were just after your ship.

Liv Chenka: 'I'm not sure that I actually do fun...' In desperate need for a bit of personality or a sense of humour, I was ambivalent about Liv joining the Doctor full time because she really hadn't shown any kind of spark with him in the previous set that proved that it was worth pursuing. I am still a little sore about losing Molly who I felt was far more unique and had a lot more individuality to offer. However it has to be said that David Richardson and I are in total agreement when it comes to our opinion of Nicola Walker as a performer, she is excellent and has done some wonderful work in British drama. So it's worth sticking with the character and seeing if she can evolve into something worthwhile. But as a starter for ten she hasn't burnt into my memory like Evelyn, Hex or Erimem...or even lesser companions such as C'rizz or Flip. When you are out of time it like walking into the great unknown at every moment and Liv is trying her best to blend in after being jeered at and derided for two weeks. Liv is delighted (I lie) at the idea of being chaperoned by a man chosen by the Doctor. She used to be so full of life but life got very hard and she spent a long time struggling to survive. One of the greatest strengths about Liv is that she has lived through a Dalek occupation and thus is able to make tough choices independent of the Doctor. She has been doing it for years. I wonder if there will be any fallout from the climax of this adventure, where the Doctor is forced to pull Liv away from a potential future with Martin because of the more important bigger picture of this arc (finding the TARDIS). The urgency of their departure doesn't give her any time to mourn the loss of a man she has been romanced by for a lifetime. 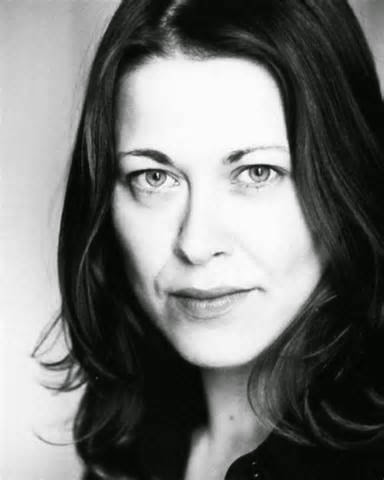 Standout Performance: Another role for Beth bleeding Chalmers? I don't think that she is in any way a poor performer but I feel that a whole rota of actors are being put out of work given the extensive list of characters she has played for Big Finish. There must be some convention that is being abused in the constant use of the same actress? Somebody, somewhere might sit down and write up a list of the parts that Chalmers has played...but they will have to take a week off work to do it.

Sparkling Dialogue: 'What does it do?' 'Beep mainly. Sometimes it rings, sometimes it funks. Stop me if I'm getting too technical.'
'This is the only day I ever get with her.'

Great Ideas: It's time for a new character to take over in that popular range of children's novels. Not Where's Wally but Where's Molly? The Doctor is on the hunt for his friend who has been caught up in the machinations of the Daleks and the Master. He has a sense that time has been bent out of shape somehow. Nothing tangible, just something that has been tickling him at the edge of his mind. A time grenade will destroy every time period adjacent to the one where it goes off. Tiny bits of the now scattered throughout history like ashes in the wind. For Martin, who has lived these days over and over, his romance with Liv is a far more serious affair. He's already lived an entire lifetime with her, even if it has been the same moments over and over.

Audio Landscape: Taxi cab, restaurant atmosphere, laughter at the flicks, the Doctor's device, the beeping of a temporal grenade.

Isn't it Odd: I appreciated the attempt to give Liv a romantic subplot but I don't think there is quite enough of sparkle between the two actors (or characters to convince). Liv is still in deadly serious mode and as such she wont give herself over to the delights of the date that Martin provides for her. She needs somebody to tickle her into submission until she unleashes a sense of humour that would allow her to truly unwind in this delightful time period. 'Stop taking it all so seriously' he tells her when she unleashes a literal interpretation on a silent movie. She couldn't have received greater advice. The comparison between the two characters (that they both feel guilty about the wars they have been involved in and cannot let themselves have fun because it would feel like a betrayal of those they have lost) isn't quite enough to form a convincing bond between them. Given they both have a penchant for time travel and meddling and that they have played starring roles in previous Dark Eyes sets, there are ready made suspects for the culprits who have sent the androids into the past (psst, it's probably the Dalek Time Controller or the Master).

Standout Scene: I thought the overlapping voices at the beginning were just a clever audio prelude for the story that was about to unfold when in fact they were an important plot reveal that is explained late in the day.

Result: What's this? Gentle character drama and jokes? Have I wandered in on the wrong Dark Eyes? Liv Chenka exhibiting a little personality and good humour and the Doctor enjoying his adventures once again? Please don't mistake my general good mood after listening to this for a statement that this is the pinnacle that this serial can achieve because when all is said and done the plot for A Life in the Day is little more than a run-around with some time spillage thrown in for good measure. It is the tone of the piece that excites. Gone is the suicidal atmosphere of the third box set and in steps a general joi de vivre that is like a soothing massage after a really hard day in the office. They needed to give the Doctor a reason to live after the events of To the Death but the previous Dark Eyes sets took him on a path of self destruction that dragged some of least impressive performances out of Paul McGann. He's a funny sort of actor because it seems he can make or break a production depending on his mood. If he's disinterested then there is a good chance that you might be too at the end of the story (The Creed of the Kromon, The Last) but if he is enjoying himself you will be dragged helplessly into the world of the eighth Doctor in fugue of excitement (Grand Theft Cosmos, The Chimes of Midnight). This definitely a case of the latter so whilst the script isn't anything particularly challenging I still grabbed ahold of the Doctor's coattails and enjoyed my waltz around wartime London.  Minus points? The repetitive nature of Beth Chalmers voice, the unpersuasive romance subplot and obvious culprits behind this madness. Don't go in expecting an intellectual piece but dive in headfirst if you are looking for some much needed fun in this extended serial: 7/10
Posted by Doc Oho at 00:11

as always I totally agree with your review and your points.
I have also noticed some plays where Paul McGann sounds bored out of his wits and others where he sounds he's enjoying himself.

Unlike Colin Baker, the most stronger performer (I think there isn't are release where he gives a bad performance or sounds bored), if Paul McGann isn't liking an story, the listener notices it...

I don't think the romance in the story is the lack of a spark between Kay and Walker, the two are married IRL!

Blimey? Really? I guess that is revealed in the extras which I haven't listened to yet because I haven't finished the set. A romance in real life and a romance between two fictional characters are two very different things however, and within this setting, with this little humour or desire...this relationship failed to jump out at me in any way, shape or form. Neither actor sells it particularly well I thought.

Geez, are we listening to the same guy? I found in this the Doctor's línea were fun and witty but Paul's voice sounded too serious and a bit gruff to me. I miss the sparkle on his voice from audios like Invaders from Mars or Max warp. Even in the Sisters of the flame he sounded more alive!
Dunno, maybe it's my OCD or that I'm too used to hearing both Bakers lively performances (Tom always sounds like he's laughing his head off and Colin sounds like he's having a ball), but in all Eighth Doctor releases I miss his old sparkle (you could hear the man smiling, you know)
Anyone else care to comment on this?