Dark Eyes 4: The Master of the Daleks written by John Dorney and directed by Ken Bentley 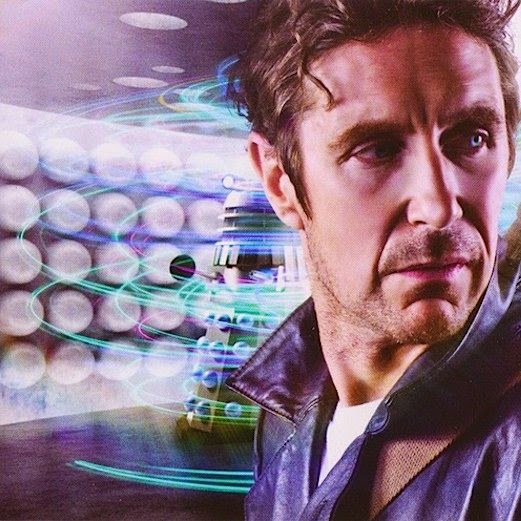 What's it about: The Master and the Dalek Time Controller have forged an alliance. History hangs in the balance, and this time the Doctor can’t help…

Breathless Romantic: In a moment that might just make history, the Doctor is suffering from time lag and when he recognises the Daleks he calls them his own friends. Is this the Time Lord equivalent of being really drunk? At the climax of this story the Doctor is ready to finish this adventure once and for all...and do you know what? I think I am too.

Liv Chenka: Her education about time travel clearly isn't complete, she has no understanding about the rules of time being in flux and that a future that you have already seen can be wiped clean and replaced with another if the past is corrupted. I have to give a massive round of applause for how she handles the Master, pretending to be frightened of his threats and then turning the tables on him by spraying perfume in his eyes. I'm not entirely sure she has thought her plan through (she is trapped on a Dalek occupied Earth after all and they are the Master's cohorts) but for her to get the upper hand over the devious Time Lord at all shows great resourcefulness on her part. She really is coming into her in this set of stories.

Hello You!: Perhaps the best use of the delightful McQueen Master yet, teaming him up with the Daleks is a stroke of genius and he manages to put that gently mocking voice of his to excellent use throughout. Remember in Frontier in Space when we caught a little glimpse of the Master ripping the piss out of the 'stupid tin boxes', well imagine that delightful scene playing out across an entire story with the devious Time Lord outwitting them all the way. When one spends so much time ruling alone it is easy to forget that one is in a partnership. Getting your problems out into the open is a sign of a healthy relationship, he feels. One can only do things on ones own for so long, eventually you require the help of a private army (or at least that is how a power mad nut job like the Master sees it). And you should see the third rate armies he's had to deal with over the years; Ogrons, Axons and Porcians. The Daleks, with their penchant for temporal engineering, are the best. When Liv starts to piss him off the Master takes a great deal of delight in threatening to torture her until she complies. She calls him a sadist, which he denies, but there is a something of a thrill in his voice as he promises a million exquisite ways to harm her. You're just waiting for the point where the Master and the Daleks will betray one another and see who will try it first. My money was on the Master so imagine my surprise when it turns out to be the Daleks. As ever, he has a back up plan up his sleeve. He must literally spend years thinking up his harebrained schemes and then figuring out all the ways they could be brought down and exit strategies. He cannot have that much faith in himself. The idea of the Master with his own army of Daleks at his command is a pretty terrifying concept.

Standout Performance: Alex McQueen made me laugh so hard during certain scenes, particularly during his scenes with Nicola Walker who also comes alive more vividly in this story than she ever has before. The Master's faux shocked reaction to be told that the Daleks will betray him eventually is a particular delight. A clap on the back for Sorcha Cusack too who manages to ape Ruth Bradley's unique delivery as Molly but doesn't ever feel as though she is simply duplicating the role. It is a measured performance where the character genuinely feels forty years older than the last time we heard her.

Sparkling Dialogue: We go back a long, long way, the Doctor and I. We were at school together. We went out into the universe together. We've even killed each other a few times and that always gives you a special bond with someone.'
'I'm not called the Master for nothing' 'Neither, I imagine is the Time Controller called Time Controller for nothing. I can't see two such blatant power complexes working together well. I mean do you actually sit around calling each other Master and Controller all day?'
'...and I'll find myself in reduced circumstances, yes I understand.' 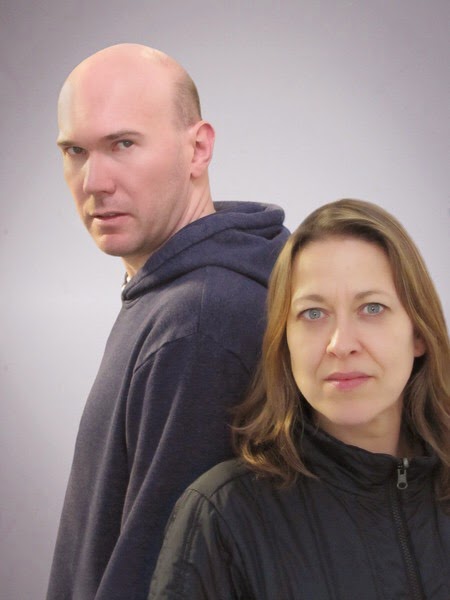 Great Ideas: Let me step back a minute and tell you about the opening of this adventure, which introduces the Sontarans to the series in a very dynamic way (the music is especially good) and coupled with the return of the Master and the Dalek Time Controller at the beginning of the last set get my heart racing more than any other Big Finish box set has in some time. Dark Eyes might not have been my favourite serial that Big Finish has released (the recent Bloodlust from the Dark Shadows range outplayed it by a factor of ten) but it has truly clawed some excitement back in me in this last set. These might all be old elements of Doctor Who vying for attention but when utilised this well it is gift to fans. Doomsday might have championed the idea of two big Doctor Who monsters but that doesn't mean that bringing together two races that have previously been campaigned independently is any less exciting. The Sontarans are all military might and bluster (and do you know it strikes me that there have relatively few scenes of them going about their business of war like this) until they realise that they are surrounded by Daleks ships. The Master and the Dalek Time Controller established a power base in a corrupted timeline in 1921 with the latter rolling out his foot soldiers. When the numbers are large enough they are planning on making their move, skipping forward a few decades. The Doctor's TARDIS is at the epicentre of the unstable timeline. 40 years in the future, if their plans come to fruition the Earth will be coined new Skaro. An entire world turned into an industrial complex churning out Daleks by the millions. What a bleak, nightmarish vision for the future of the Earth. Humans, Draconians, Sontarans all tiling under Dalek command. I enjoyed Molly's recount of how the Earth became a Dalek factory, drawing parallels with the Great War. An insane conflict between the Daleks and the Sontarans...umm yes please!

Audio Landscape: Sontaran ships screaming into view, Dalek heartbeat, the TARDIS landing in a puddle, the (delightful) control room sound effects from the Cushing Movie, a screaming Dalek tannoy, lightning, screams in the distance, extermination blast, the madness ensuing between the Daleks and the Sontarans.

Isn't it Odd: What on Earth is up with the Doctor throughout this story? He's wandering around this dystopian future as though he is high on Time Lord acid and looking for any kind of best friend to listen to his ramblings. It is an unusual approach to the Time Lord, that is for sure and not a successful one.

Standout Scene: There is a rather smart way of including Molly in this set whilst not having to rely on Ruth Bradley to play the part. To be fair as soon as I heard a heavy Irish brogue I suspected the truth about Mary but I was still quite impressed when it was confirmed. Her reunion with Liv is more touching than it ever had any right to be given they scarcely spent any time together before this.

Result: '...the plan can enter its final stage!' Effectively a dance between the Master and the Daleks, the third instalment of Dark Eyes 4 is complete fan fiction but sparkling with wit, intelligence and smart ideas. It's plot heavy and unwieldy with elements from the previous sets elements but John Dorney throws in so many wonderful scenes of character interaction and some genuinely giddy ideas that I just went with it and enjoyed myself immensely. The chemistry between the Master and Liv was so entertaining that I found myself wanting to advocate a box set where they travel as companions. I don't know how sustainable it would be but if it was scripted this sharply it would certainly be worth a listen. This nightmarish vision of the future concocted by the Master and the Dalek Time Controller is worth a round of applause too, quite different from anything that we have ever seen of this kind before. If only the Doctor was on as sparkling form as everybody else instead of behaving like a drunken reveller for the most part this might have rated even higher but after two stories where he seems to have found his joi de vivre Paul McGann is lost at sea again in a story that doesn't seem to know quite what to do with him. It almost feels as though the story needs to pause for an hour and so the Doctor is surplus to requirements but as soon as it is ready to progress again he snaps out of this intoxicated fugue and prepares himself for the final confrontation. For scheming machinations of the Master (McQueen is simply exquisite in this) and the Daleks, this is a strikingly different type of story (although it is more of a bridge between tales with too many bright moments to mention than a story) that favours the villains over the heroes: 8/10

Personally I found Sorcha Cusack not only by far the worst performance in this release, but also in no way even remotely convincing as an older Molly. Why they didn't get Ruth Bradley back, or write the script in a way that didn't require her, I'll never know. But this is a terrible and utterly unconvincing piece of recasting in my opinion.

Since I listened to it as a download rather than on a CD, I did not even know that it was not the original actress. I just thought she dropped her voice a few tones. The new actress was that good and that convincing.