The Company of Friends: Benny's Story written by Lance Parkin and directed by Nicholas Briggs 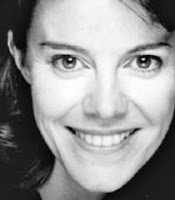 What’s it about: Deep in the mines of Epsilon Minima, Professor Bernice Summerfield is up to her neck in it - as usual. The Countess Venhella has hired her to recover a lost Time Lord artefact: A TARDIS key, it turns out. Guess whose?

Breathless Romantic: Wow, there is a genuinely relaxed and engaging chemistry between the 8th Doctor and Benny that far exceeds anything we have seen with her and the Doctor she travelled with on audio (admittedly that is only two stories). It feels as though all the tension between them has dropped away since he regenerated (Benny always loved the seventh Doctor but I’m not certain if she ever trusted him) and now they are old friends who pop in on each other from time to time. From Benny’s point of view the Doctor regenerated into a rather dashing chap with long hair but she only met him a few times. She is used to him always arriving with a plan and is perturbed that he seems to be making everything up as he goes along these days. His reaction to Benny have a son is ‘woooow!’ After living for centuries you would think the Doctor would learn not to tempt fate. Whatever fabric his velvet coat is made out of it manages to dry itself as soon as he leaves the water. The Time Lords are powerful and a lot of people resent that – he certainly does himself from time to time. Oh Doctor, as the Time War approaches you will regret statements like that. He is not the most organised of Doctor’s Benny has known but very possibly the most fun.

Archeological Adventuress: Benny gave up her chair to go freelance when she met the Doctor and travelled with him for a very long time. They went all across time and space and had plenty of adventures. Since then she has been living on the Braxiatel Collection and was around during all that nasty business with the Fifth Axis. This isn’t the first time she has been trapped in a collapsing pocket universe being stalked by some unknown creature…actually it isn’t even the second! Which gives you an idea of her daily life since she left the Doctor. In the face of bloodthirsty lion the Doctor tells her not to provoke it and she responds with her usual sarcastic wit – I think he forgets he is talking to one of his most resourceful companions. Benny has learnt through experience and studies that you shouldn’t believe everything you read in ancient texts because ancient people are just as capable of stupid as you or I. She turns down the Doctor’s offer to visit a spa planet because she has responsibilities now. When he offers to lend a hand she says not this time, you get a real feeling that she has matured beyond his teachings and can handle her own affairs.

Standout Performance: Su Douglas is having a ball as the raving aristocrat that wants to set the TARDIS free. Veering just this side of melodrama, she really throws herself into the role. Benny always seems to be allying herself with these mad despots – I swear she has some sort of unconscious crusade about bringing them down. Both Paul McGann and Lisa Bowerman are as charismatic as ever.

Sparkling Dialogue: ‘You think our lives just stop and start depending on whether the Doctor is around?’ – a line I have waited to hear from Bernice regarding her own incredible series for an age.
‘I can’t even lose a key without it turning into an epic adventure!’
‘I’m all grown up now’ ‘You always were.’

Great Ideas: Not to belittle their impact on the new television series and breadth of storytelling but Bernice sums up the New Adventures in about three sentences right up until Parkin’s own novel, The Dying Days. How do you get from a coal mine to jungle without moving an inch? By travelling in time! The jungle is what all the coal will be made of millions of years time. The idea of the TARDIS rejuvenating a part of your body, in this case a hand, so it resembles a child’s appendage is horrific. To prevent time technology from falling into the wrong hands the TARDIS travels back millions of years, quarantining itself. The idea that from the outside people look upon TARDISes being enslaved by the Time Lords is fascinating whereas we know from experience with the Doctor that the relationship between them is far more personal than that. Making cracks in the universe and creatures slipping through, a strange hungry animal from a region that even the Time Lords don’t understand.

Audio Landscape: Great robot voices, an IMC mining robot, the inner workings of the TARDIS moving and reacting to an alien presence, a lion growling, creatures chittering in a jungle landscape, splashing into water and swimming to the shore, the soul of the TARDIS screaming in rage, Klarner being totally absorbed by something leaking in from another dimension.

Musical Cues: I loved the tinkling of Benny’s theme from her own series during the opening scenes.

Standout Scene: Predictable, but when the Doctor and Benny meet I got goosebumps.

Result: I love the idea of the eighth Doctor and Benny meeting up because when the New Adventures came to an end they went their separate ways and had similarly successful lives in print and audio and the chance to bring them together to see what might have been is intoxicating. The story is slight but surprisingly full of lovely ideas for such a petite story but we’re not really here for peeks into other dimensions, we’re here to spend half an hour with two of the most influential characters from Doctor Who spin off material. They’ve conquered the novel, the comic and now audio as well and together they make an engaging and enjoyable team. Is there are a chance that they can meet up again in the future, Big Finish? That is something I think I will be saying an awful lot throughout this anthology. Benny’s story scores highly on fun and despite her wish to return home they still managed a few detours which I hope we will hear one day: 8/10
Posted by Doc Oho at 08:43