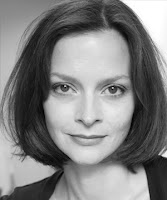 What’s it about: Switzerland, 1816: at the Villa Diodati, Lord Byron's house guests tell each other tales to curdle the blood and quicken the beatings of the heart. With a monster on the loose outside, young Mary Shelley isn't short of inspiration.

Breathless Romantic: In a horror tale featuring Mary Shelley you can imagine the Doctor going for the most gothic entrance imaginable, limping in from out of the rain, hunched over as if in pain and claiming to be Dr Frankenstein. I can’t imagine a much cooler role for the 8th Doctor than being re-animated and stalking the grounds like a monster and being the very inspiration for Shelly’s Frankenstein’s monster. Paul McGann makes quite an impressive villain, gnashing his teeth and screaming bloody murder like a proper horror nasty. He tells Mary that they travelled together for years and met Cybermen, Axons and King Harold at the Battle of Hastings…exciting adventures still to come. If you had to close your eyes and imagine a crowd of friends for the eighth Doctor then Mary Shelley and Lord Byron would be pretty high up on the list.

Genre Setter: You can see precisely where Mary got her inspiration to write Frankenstein from as she is witness to her brother bringing a corpse back to life. You have wonder with a trilogy of adventures ahead for the Doctor and Mary what other tales her stimulating experiences will conjure up. A compassionate soul, Mary stays up with the Doctor all night as he suffers from a feverous condition. In the face of a brutal creature brought back from the dead Mary is sympathetic and sees a man in pain rather than a menace and you can see why she imbued the creature in her own novel with so much pathos. When she first met Percy she was promised a life of adventure and he abandoned his wife and child to be with her. She knows he doesn’t believe in fidelity and that he has been having an affair with her half sister and she thinks they find it amusing that she does know. The Doctor offers her a life of adventure, the one that her husband promised her but never delivered and a chance to see the marvels of the universe.

Standout Performance: Of the four companions I would most like to see Matt di Angelo brought back for further adventures but I fully accept that there has been a wealth of Fitz adventures already and it would be just adding to the list. However my second choice (and probably just gnats whisker away from Fitz) would be the fabulous Julie Cox as Mary Shelley who nails the character immediately and in storytelling terms there is endless possibilities to be explored with her and the eighth Doctor. There is almost as much of a buzz about the return of the eighth Doctor to the main range with Mary Shelley as his assistant as there is for the return of the fourth Doctor and this appetite whetting little tale and Cox’s warm and considered performance have a lot to do with that.

Sparkling Dialogue: ‘There is no place for squeamishness in the search for knowledge!’
‘The TARDIS is regenerating!’
‘You have to remember its very important. Frankenstein is the name of the monster and not the name of the Doctor.’

Great Ideas: No anthology dealing with the eighth Doctor’s many lives would be complete without a tale where he is amnesiac. A dead creature that has been re-animated, a creature that had once been a man. Out in the storm, hunting… I love the idea of Mary finding the TARDIS out in the storm, picked out of the darkness by lightning with rain drizzling down its wooden surface. She describes the interior as a vast and gloomy chamber, like the ruins of a gutted cathedral – a nightmare of buckled girders and crumbling masonry. A temporal storm broke through the defences and its corrosive effect prevents his body from regenerating and after being tortured by Percy Shelley becomes little more than a slavering monster. The TARDIS brought the future Doctor to the one point in space and time that he could receive the treatment he needed – a way of triggering a physiological renewal. It remembered a time in his past (that’s where the current Doctor comes in) where the circumstances were right for that to take place. The health of the Doctor depends upon the health of the TARDIS and unless they can get it back into working order the future Doctor will remain damaged. The older Doctor takes on a golden glow as the TARDIS regenerates and isomorphic symbiosis kicks in – the Doctor has saved his own life in the future.

Audio Landscape: Popping, crackling fire, knocking at the door, lightning cracking, the psychotic creature smashing up the laboratory and attacking, breaking through the door, ducks on the pond.

Musical Cues: My favourite score of the anthology, Matthew Cochrane has great fun getting in the gothic mood and imbues the tale with a lot of energy and excitement.

Standout Scene: When the Doctor turned up in the TARDIS just in time to see his future, deranged self smash through the door and try and kill everybody I have never been so delighted to be confused! And I loved how grumpy the older Doctor was once he was better – I hope we get to see some more of him. Perhaps this is the eighth Doctor from after the events of To The Death in the EDA range? He sure had a lot to be bitter about and talks about his younger self abandoning Gemma and Samson in Vienna as though friends were not something to be flippant about. Mind you he would also know how they ended up too… Its rather brilliant that the Doctor had several years with of adventures with Mary whilst Samson and Gemma are in Vienna having a couple of days holiday and will be none the wiser when he gets back that he has been away for so long.

Notes: In his fevered state the Doctor calls out for Gemma (Terror Firma), Destrii (from the comics) and Compassion (from the novels). Later he mentions Trix (novels) Charley, Lucie and Alex (audios)…he really must be in his last days if he remembers all these wonderful companions.

Result: More Jonathan Morris gold and a script that playfully plays with the Frankenstein story and gives the Doctor a brilliant starring role. This is by far the best story of the bunch with a satisfying mystery that is resolved in an imaginative fashion that would make Steven Moffatt proud. Mary Shelley makes an instant impression and Cox grabs your attention in the role and listening to this little prologue of their adventures has made me even more excited for their upcoming trilogy. It’s a confident end to an outstanding anthology and one that truly manages to explore the eighth Doctor’s many lives across multiple medias with some affection. I would love to hear more of the eighth Doctor and Benny and Fitz but I’m glad that it is Mary that had the follow up as I feel hers is the story with the most potential. Mary’s Story is kept me guessing throughout and its clever resolution made me grin from ear to ear: 9/10
Posted by Doc Oho at 15:27