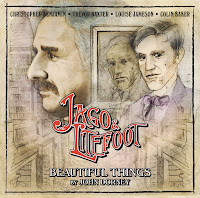 What’s it about: Jago, Leela and Ellie take a trip to the theatre to see Oscar Wilde’s new play and discover something sinister during the interval. Meanwhile, bodies are turning up at Litefoot’s lab, while Wilde meets his biggest fan…

Theatrical Fellow: ‘If I wasn’t a gentleman and several feet taller I’d knock your bally block off for that!’ Jago has brushed the whole Abigail affair under the carpet with a gentleman’s stiff upper lip and now believes it just wasn’t meant to be. When John Dorney woke up in the middle of the night and had a moment of inspiration about Leela meeting Boudica I wonder if he had the same sort of flash of stimulation in having Henry Gordon Jago and Oscar Wilde join forces? Think of witty ripostes and whimsical banter that would ensue! He can be bought by pretty much anything and happily admits it. Jago (naturally) is the only one who really enjoys the play as a ‘worthy work of Wildian wit!’ He’s displayed acting talents in the past but cannot bring himself to suffer the indignity of playing a common barman and gives something of a lifeless performance! He’s more of a Dickens chap and was beside himself when Little Nell died. He describes the London Underground as ‘that newfangled thing!’

Posh Professor: Claudius Dark cannot buy his affections and unlike Jago a complimentary ticket to see Wilde’s latest output will not appease him. He takes a similar dislike to Oscar Wilde – I guess it is the florid language and the egotism of both men that he objects to! Litefoot takes no pleasure in Gad’s fate but he was a murderer and received his just desserts. He finds it appropriate. 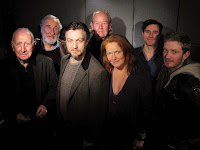 Noble Savage: Leela has her knife on standby to face off Litefoot’s building men, she finds the flash of her blade is enough to fend off their advances! Leela doesn’t need soft beds and clean sheets, she sleeps under the stars nestled by a strong tree. Animal hides and the hard earth are good enough for her. Leela admits that the journey to Brighton was all at Dark’s behest so I can only conclude that she has had a chat with the Doctor already and he has revealed all. In the middle of the play Leela comments that if she had a Janis thorn she would have stabbed herself by now! Leela hops on the back of a cab which reminded me pleasingly of The Talons of Weng-Chiang. They know that Leela hasn’t returned home because her flower bed has not been slept in! Leela is saved from the process because she is too literal minded – saved by her own lack of intelligence! She’s the only person in this century who finds the idea of a building that is bigger on the inside than the out rather commonplace.

Dark Doctor?: ‘They don’t know me from Adam’ ‘Adam who?’ Dark has unveiled his way into Jago & Litefoot’s lives and they find this character quite suspicious and treat him so. They’ve got enough enemies and they don’t require Dark’s on top of them! He’s like a grand puppet master giving all of the regulars a little tweak here and there to have them move in the right direction and solve the mysteries that he needs them to.

Standout Performance: Alan Cox acquits himself brilliantly as Oscar Wilde, playing the part with a sort of resigned sadness that life is far too predictable and nobody can engage him on his own level of wit. It is only when a handsome stranger offers a nefarious deal that you hear any real emotion creep into his voice.

Sparkling Dialogue: ‘Why must they play the witty lines as witty lines? They’re far less delightful that way…’ – such an economic way of introducing Oscar Wilde and a champion line to boot!
‘The poet dost vent his soul through his quill!’
‘Oh Gad! It’s Gad!’
‘How do you create something that is bigger than the planet?’ ‘And the universe?’ ‘Conceptually…’
‘The entirety of existence swallowed up birthing the most exquisite artistic creation in history!’
‘There is no beauty here. I have seen your books, your pictures, your music. A random stream of information. Billions upon billions of words and pictures, notes pouring out without craftsmanship, without artistry. Anything of worth buried beneath the weight of witless gibberish you might search for a lifetime and find nothing.’

Great Ideas: Litefoot is genuinely under the impression that his building work wont be completed unless he supplies endless rounds of tea! Wilde is appalled at the idea of being called possibly the greatest word smith of the age – possibly? Litefoot sums up Wilde’s work as being about terribly grand people being terribly witty about things that mean terribly little. And Leela says there is nothing likable about any of the characters. They both have a point but they also forget to mention how terribly funny the man is and that can paper over a lot of cracks in my book! Young men are being found, handsome ones and thoroughly brain dead as if their lives have just stopped. We haven’t had an honest-to-God investigation of this nature for ages with Litefoot putting his old grey matter to work to solve grisly murders. At the same time Leela, Ellie and Jago are on the hunt for the young man with no scent! There are plenty of puns to be had around the exclamation/name ‘Gad!’ Litefoot realises that Gad and his father are in fact the same man, one 20 years old and quite infirmed. A youth debauching and murdering whilst his sins of the passage of time are absorbed by an avatar. The Picture of Dorian Grey is about an aristocrat who owns a painting that sickens and ages for him but in this case Gad has a human receptacle to pour all of his poisonous feelings and symptoms into. They are trapped in an infinite library with every possible book and every possible painting – literally entire volumes of exactly the same book with a single word difference in each one! Dorney has taken the idea of the TARDIS and transplanted into a very different, far more menacing structure. Gad couldn’t create something from nothing and so the library has been taken sustenance from peoples minds and as it gets bigger the more it takes, even from him. The advantage of a conceptual space is that it can follow you always. I always baulk at the fresh and interesting ways that writers come up with to put the Earth in danger and the way the library will eat through everybody’s minds so hungrily and leave a lifeless planet with a bloated concept is the most imaginative I have heard in many a year. What is up with these insane artists that want to make such grand gestures to the world to prove that they existed in such pain? As Wilde says so eloquently – what is art without morality? The perception of beauty is not something to risk the weight of the world on and Wilde departs, not able to walk in Jago & Litefoot’s terrifying world any longer. Hardwick and Kempstone make their presence felt at this story’s conclusion…who are these villainous coves? 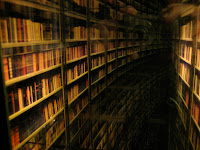 Standout Scene: Jago is beyond excited to make Wilde’s acquaintance as it is the best chance of hobnobbing he’s had for an age! Alas their battle of English leaves Jago out-alliterated and he bafflingly replies to the master of verbal swordplay with ‘I’m afraid you’ve lost me.’ Very funny stuff.

Result: Beautiful Things is an example of business as usual in the world of Jago & Litefoot but I don’t mean that in a negative way because this is about as perfect a representation of this series as you could find. It’s a gorgeous homage to The Picture of Dorian Grey which starts out resembling the SJS audio The TAO Connection (a sick man, his male companion and young men dying by supernatural means) but soon becomes an enthralling mixture of labyrinthine concepts and artistic criticism with some delicious Sapphire and Steel ideas thrown in for good measure. What makes this so Mary Poppins (that’s practically perfect in every way) is that the essentials of this series are so strong and well realised by writer John Dorney they simply add the finishing touches of sublimity to an already sensational script. You’ve got the joyous coming together of Jago and Oscar Wilde, Claudius Dark making his presence felt more keenly, Leela continuing to shine in this setting with her animal instincts at their sharpest and Litefoot back to his investigative ways showing off his deductive skills and brilliance. The dialogue throughout is acuminous, the interplay between all the characters had me howling with laughter and imagination that has gone into creating library that eats peoples imaginations has to be applauded. The inclusion of Wilde ensures there are some intelligent comments about his work and reminds us that this period of history had its own memorably famous characters – I wonder which one the intrepid investigators will look up next? It’s a confident, polished production that could happily have slipped into any of the first three seasons with a little tweaking but that isn’t a bad thing. This isn’t generic Jago & Litefoot and yet Beautiful Things is the epitome of why the series continues to shine: 10/10
Posted by Doc Oho at 10:29