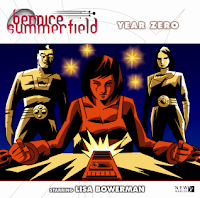 What’s it about: Planet Raster, Year 54: Professor Bernice Summerfield is arrested on suspicion of Archaeology. She immediately admits that she is a Historian: is she a dangerous revolutionary, or simply mad? Inquisitors have an hour to decide, before she is terminated to prevent the spread of the contagion. If she can ever return home, Bernice Summerfield must first discover where and when she really is. And that means illegal investigations into the past… into whatever happened at the beginning… in Year Zero.

Archeological Adventuress: We seem to have stumbled into a world (or possibly even universe given the meddling that Brax and his cohorts did to the timeline in the last story) where archaeology is outlawed and the very idea of studying the past is considered a crime. For Benny, this leaves her academically up shit creek without a paddle especially as she is trying to figure out the rules as she goes along. The law enforcers describe her as innocent whilst condemning her as guilty, she’s proud of her career and doesn’t understand that any knowledge pertaining to it is outlawed. To be as dislocated as Bernice is here must be very frightening, everything she understands has vanished and been replaced by universe whose rules she doesn’t understand. And most frightening of all, this isn’t some alternative reality that will shift back to the comfortable universe that we know and love at the end of the story. These things are here to stay and so Bernice has to adjust. When she is described as being poisonous they don’t know how close to the truth they might be, in order to protect the universe from the Deindum (of which nobody has ever heard of so let’s assume that that at least was accomplished) she had to infect reality with a fiction that has had an adverse effect on everything. As Bernice is trying to figure out the universe, her captors are trying to figure her out. Suddenly she isn’t a comfortable archaeologist anymore but a reactionary, a transgressor, a purveyor of forbidden knowledge. It’s a great way of putting her in a dramatic scenario just for being herself. Bernice tries a little CBT on Pallis, getting her to approach the idea of uncovering the past not as archaeological research but deducing a mystery. In a wonderfully written sequence she exposes her skill at her craft, taking a can fizzy pop and applying rigorous archaeological deduction to explain much about the culture that created it. Pallis hits the nail on the head when she says that Benny has the ability to make things that we already know look interesting and new, she’s been bewitching her audience like that for 20 glorious years. Its like having a conjurer in the room. By the end of the story Bernice has hooked up with the historians and has a collection of mysteries to try and solve. They couldn’t have kicked off this new phase for her character on a better footing.

Standout Performance: If the last two stories were an ensemble piece that showed what this series had to offer from its cast as a whole, then Year Zero brings the focus right back on Benny and gives Lisa Bowerman the chance to show how she has been managed to keep her audience interested for so long. In a story that nakedly captures Bernice’s skill as an archaeologist, Bowerman approaches the material in a clinical and yet passionate manner that makes the intelligent dialogue flow like a fine wine. She’s a touch of class and no mistake.

Sparkling Dialogue: ‘Mix it up for a few generations, switch people around, deny them any knowledge of the past and pretty soon everyone will forget everything that you don’t want them to know.’
‘This isn’t a can of fizzy, it’s a Rosetta stone. Its proof, if ever proof was needed that you can’t hide history.’

Great Ideas: Given this is the first story that takes place in the wake of the game changing events of Escaping the Future its quite refreshing to find Bernice, like ourselves, in an unspecified location and having to start putting together her surroundings again. Anything could have happened after Bernice and her friends were forced to rewrite history, and it looks as though one of the effects is that Bernice’s friends and family no longer exist. If Eddie Robson was going for a new broom approach then deleting the universe of Bernice Summerfield as we know and replacing it with another is as dramatic a way to go about these things as any. There seems to be no record of the Collection or the Earth and Benny is trying to get back to either, anywhere that feels like home. One of the most intriguing pieces of this narrative puzzle is held in the title, its almost as if the whole universe has rebooted again at Year Zero. Some event caused the calendar to reset and we’re now half a century on in the year 54. The mystery of what occurred in Year Zero looks set to be at the heart of the series now, something so catastrophic that the time before has been erased from history. There only seems to be a few dozen stars in the sky but otherwise the sky is completely absent of stellar bodies. Have they affected the lives entire worlds the universe over? The only way to get from one world to the next is to be frozen in stasis. You might try and suppress history but it is all around you all the same, even the light in the sky is from the distant past. In the past 54 years all the books have been burnt and carefully censored, all the songs vetted and newer, safer material has been published in its place. Gormune believes there is an elite team of crack historians waiting to break Bernice out of custody. He’s paranoid that simple exposure to Benny means that they have also been infected y historical curiosity and they will be interrogated and charged themselves. Suddenly this story takes on a deeper, more insidious level of paranoia. What is the Great Leader hiding? What happened at Year Zero? What is the relevance to the ‘Sky’s No Limit’ song? 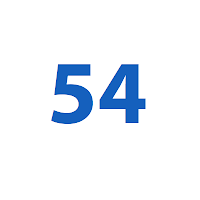 Standout Scene: Bernice manages to pull together a mass of information about this world and the universe she has found herself in via nothing more than an everyday can of fizzy pop. She deduces the materials that are available, other cultures that went into making it, their exportation methods, their levels of technology. By the end of her many conversations with Pallis she has treated her like a piece of unearthed history, analysing her character and revealing some very personal home truths. That she only hunts down the historians so she can join them. This is very smart investigation and some of Benny’s best ever work. She’s given practically nothing and she manages to bleed answers from that.

Result: Its extremely refreshing to have Bernice so dislocated from everything she recognises, a real fish out of water in a universe that she doesn’t understand. Its precisely what they tried to achieve in the past two seasons with moderate success writ large. Jonathan Clements approaches the near impossible situation of having to reboot the entire Bernice Summerfield universe by having the character and the audience unravel the mystery at the same time. It’s an interrogative story, mostly constructed out of two hander scenes and flashbacks to Benny committing the crime that she is accused of. What I particularly enjoyed about this release is that it isn’t your standard Big Finish release that is buoyed up by a persistent musical score and wealth of soundscapes. Everything is cut right back to the bone and a lush production is replaced by intelligent dialogue and the discussion of some formidable ideas. Thus it might not be to everyone’s taste because you can’t just let it wash over you, you really have to concentrate to get the most from the accomplished examination of ideas. There’s a whopping great mystery at the heart of the story (Year Zero itself) and it’s a clever conceit to allow for some imaginative restructuring of the universe as we understand it. And the way that Bernice reveals her ability through something as innocuous as a can of drink is inspired, by the end of the story she has deconstructed this society through what little exposure she has had to it. Absolutely beguiling if you give it the attention it deserves and the third classic of the season: 10/10