The Game written by Darin Henry and directed by Gary Russell 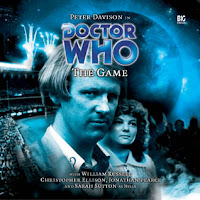 What’s it about: On the planet Cray, it's game time. The Gora and the Lineen are set to face off in the grudge match to end all grudge matches. The players are limbering up, the commentators are preparing, the fans are daubing themselves in their team's colours. The arena is set, and the kick-off is approaching. When the Doctor and Nyssa arrive, however, they find that Naxy is a sport that anyone can play - whether they want to or not. Cray's entire future depends on the match's outcome, but the time travellers soon realise that it is anything but just a game.

Fair Fellow: It feels like a lifetime since I last heard Peter Davison on audio and it is very nice to return to his era with a story that highlights one of his Doctor’s strongest characteristics, moral outrage. I really have taken a complete 180 with the fifth Doctor, going from finding him the blandest of the lot (and in some of his televised stories I think that is true) to really looking forward to his adventures on audio. Whilst the best audio character transformation goes to the sixth Doctor I already adored him so it is with the fifth Doctor that they have weaved their magic best with me. It makes perfect sense for this Doctor to be so looking forward to meeting Darzil Carlisle, one of the most eminent advocates for peace in the galaxy. He would have tried to cross paths with him before but he does have a slight tendency to interfere. Its great to see the sportiest of Doctor’s getting thrown in at the deep end of such an aggressive game but I did think he was a little naïve to not realise this was a fight to the death. Nyssa says the Doctor’s ‘not like that’ and they assume he is gay! Scenes of the Doctor surrounded by barbaric slaughter and not being able to make a difference make for uncomfortable listening, Davison really pushes the Doctor’s sheer bloody frustration. A superb parrier, a wizard with a wand! He attempts to get his team to walk of the pitch in protest but instead they use it as an opportunity to wrong foot the other team and bring down 160 of them. This accidental manoeuvre turns the Doctor into the golden boy of Naxy! His naiveté stretches to thinking that Carlisle is disarming them so they underestimate him when he in fact doesn’t have the first clue what he is doing! The fifth doctor is the only incarnation I can imagine genuinely criticising with the greatest of respect! He learns the greatest lesson of all, that you should never meet your heroes. The relationship between the Doctor and Darzil takes many twists and turns but it is ultimately very touching. He realises at the story’s conclusion that he has three dozen wars to fight but Nyssa asks if he can wait until she has left him to do so.

Alien Orphan: The Game is a great story for Nyssa as well who has blossomed beautifully in the audio adventures. Another eighties companion denied decent material during her time on the telly, Nyssa has had a wealth of fantastic adventures to more than prove her worth (Spare Parts, Circular Time). What’s more Sarah Sutton has never seemed more confident in the role and she makes Nyssa’s decision to leave the Doctor sound perfectly plausible. I love the way she immediately insults the Doctor at the beginning of the story and then apologises immediately, the latter proving how different she is from Tegan. Don’t get this Trakenite broad roused, she’s terrifying, she screams ‘STOP IT!’ at a gang of Naxy thugs and they reel back from her! Since she is such a looker everybody wants her to be a cheerleader! Half of Cray want to get inside Hollis’ knickers to which Nyssa responds ‘I must belong to the other half.’ Too young and fine to be a bureaucrat. Nyssa is naturally disgusted that 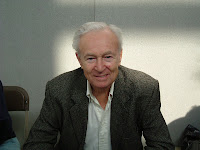 Naxy could be considered entertainment. She wants to stay on as Lord Carlisle’s aide, a role where she can do some good and bring peace to the galaxy. He needs her more than the Doctor does and besides she never intended to travel with the Doctor indefinitely. This is all healthy development and totally in tune with Nyssa’s thinking when she does finally leave the Doctor. Nyssa proves potent at politics. Hollis asks her to marry him much to her surprise and she admits that when she gets close to people things don’t always work out for them. Following Lord Carlisle’s death she accepts that her place is with the Doctor, at least for now. She has almost developed a black sense of humour too (laughing at Hollis’ suggestion that they are all walking to their deaths). Nyssa knows that she could have helped Darvil live up to his reputation.

Standout Performance: Finally we get to hear Peter Davison and William Russell together, the pairing we were denied in Mawdryn Undead. You can trust Russell to give a phenomenal performance and what a gift of a role Darzil Carlisle is, a counterfeit hero trading on his reputation built up by the Doctor. Its River Song before her time, it does make me wonder if Steven Moffatt had heard this adventure before writing The Silence in the Library because there are remarkable similarities to how this plays out – Darzil’s last meeting with the Doctor being the Doctor’s first and after his death forcing the Doctor to uphold his debt to the future. Regardless, I winced my way through Darzil’s terrible peace conference opening and was grieved by his death at the end, that’s the work of an actor of Russell’s calibre.

Sparkling Dialogue: ‘We’re going to a war for a holiday!’
‘The Game is the War.’
‘We simplify so all we can see is us versus them. Players sacrifice themselves for nothing except to keep the game alive.’

Great Ideas: For centuries Cray has been the main stage for a war between two major social groups but since Cray has been twinned with the Earth the civil war has suddenly become a major embarrassment. Even the most generic galactic guides suggest you give Cray a miss! The war is being fought out as a game called Naxy, 50,000 people were killed this season alone (sorry ,retired). Once Naxy was an innocent enough sport until the fans started meeting afterwards for vicious, deadly brawls and the interest transferred from the game to the fights and soon the game become fights. Neither side wants to give up until the other side is dead. Carlisle is revealed to be a fraud, a shame, he doesn’t have a clue how to old a peace conference. Every negotiation he has ever been involved in the Doctor was in the driving seat, his best friend. All he wanted was to be a musician, not an icon for peace! The Doctor is given the option to fight a one to one or forty of his team are forfeit. Carlisle’s crazy reasoning is that the Doctor can only help in the future if he survives this but that’s shot down by Nyssa suggesting the only reason he may survive could be because they help him (‘Oh blast!’). The women on Cray are making the very weapons that are killing their husbands and sons. Faye turns out to be a traitor, Morian’s lover. I love how the commentator narrates his own death (‘he’s aiming it again, this time at my…’). Morian’s guests are here to watch and wager on the games in comfort. Residents of the planet Maser secrete a pheromone that is highly addictive to many species and Morian is using this ability to seduce Faye. The whole Naxy negotiation was to capture the Doctor since Morian wants the TARDIS to keep ahead of the gambling game, he could own the whole universe! A retirement home full of coffins. Darzil writes the Doctor’s future by telling him of his past.

Musical Cues: The score has a very authentic 80’s feel with a disco beat playing throughout the action sequences and yet punchy and bombastic with it. I really liked the soothing Muzak for Morian’s guests.

Isn’t it Odd: There are far too many tracks on the first disc and some are only a few seconds long which keeps chopping up the action on my mp3 player. Why could there have been ten tracks, which stitched together the action scenes rather than 72 tiny moments.

Standout Moment: Carlisle’s death is very sad and opens up a world of fulfilments for the Doctor.

Result: Another strong story with a great blood pumping idea at the heart of the drama with the sports commentary is another great way to tell a story on audio. The episodes are short and punchy, exactly how a six parter should be and each instalment twists the story in a new direction. The fifth Doctor rails against a morally bankrupt system and Nyssa almost leaves him in a fascinating turn for her character and both of them enjoy an intriguing relationship with William Russell’s Lord Carlisle. What a shame it becomes less interesting when Morian takes centre stage, a two bit gambling bully with little charm and a clichéd motivation. Still the story manages to keep up its swift pace for the two hour running time and there are plenty of exciting moments to keep things dramatic. A fun commentary on football hooliganism with lots of interesting moments: 8/10 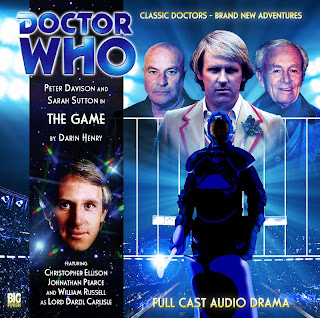 Enjoyed this one a lot. Nice review.

whenever a listen to peter davidson and sarah sutton they sound like they were recorded in the 80s. they both sound so young. i wasnt a fan of the fifth doctor tv era but his big finnish audios have made me a fan. and to be honest i might have a crush on nyssa she sounds so serine and self possessed.